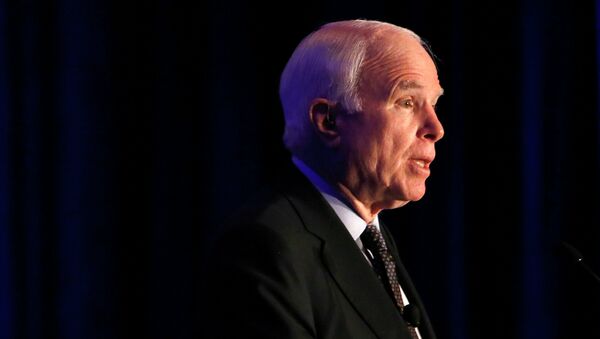 "In light of the latest Russian attacks and the prospect of future aggression against Ukraine, I urge you to exercise the authority given to you by the National Defense Authorization Act for Fiscal Year 2017 to provide defensive lethal assistance to Ukraine," McCain said in the letter.

The senator has also urged the US president to maintain and further expand sanctions on Russia.

Putin Explains Reasons Behind Ukraine Crisis Aggravation
"And based on Russia’s attempted interference in our elections, I urge you to expand current sanctions against Russia," McCain added.

The situation in southeastern Ukraine, namely in the industrial towns of Avdiivka and Yasynuvata, became aggravated this weekend when both towns were bombarded with shells, which resulted in heavy losses on both sides. The Ukrainian forces and Donbass militia are trading blames for the escalation of fighting.