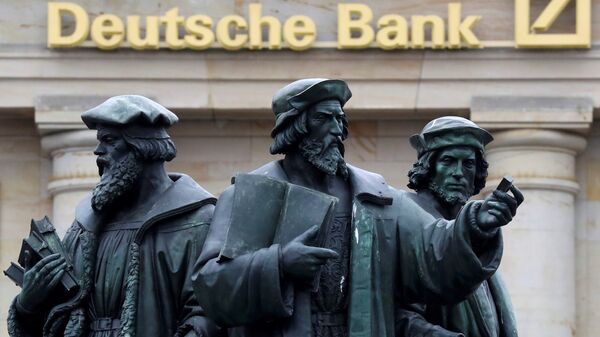 WASHINGTON (Sputnik) — Deutsche Bank AG and its New York branch will pay a $425 million fine as part of a consent order for violations of anti-money laundering laws involving a "mirror trading" scheme among the bank’s Moscow, London and New York offices, the New York Department of Financial Services Superintendent Maria Vullo said in a press release on Monday.

"This Russian mirror-trading scheme occurred while the bank was on clear notice of serious and widespread compliance issues dating back a decade. The bank allowed traders to engage in a money-laundering scheme using ‘mirror trades’ that improperly shifted $10 billion out of Russia," the release stated.

Deutsche Bank Agrees to Pay $7.2 Billion for Misleading US Investors
The Russian mirror-trading scheme occurred while Deutsche Bank was on clear notice by the Department of Financial Services for serious and widespread compliance issues dating back ten years, the release explained.

In an era of interconnected financial networks, global financial institutions must be vigilant in the war against money laundering and other activities that can contribute to cybercrime and international terrorism, the release added.