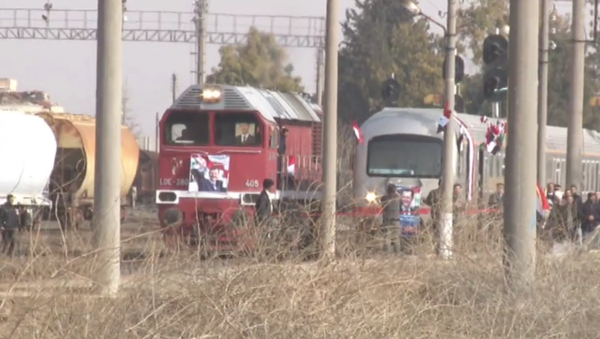 The video shows a passenger train making its first journey through the city of Aleppo for the first time in four and a half years. The war had left the railway service disrupted. However, as the city is returning to normal life, the train carried its first passengers through the newly liberated Aleppo.

According to the Syrian Arab News Agency (SANA), the train travelled from Jibrin to Baghdad station.

The Governor of Aleppo, Hussein Diyab, said that the scale of destruction in the city is horrendous.

Terrorist activities and counter operations aimed at liberating the city from the militants left Aleppo destroyed, but nevertheless the city is now slowly returning to normal life.

The governor promised that the administration would make every effort required to meet the needs of its residents.