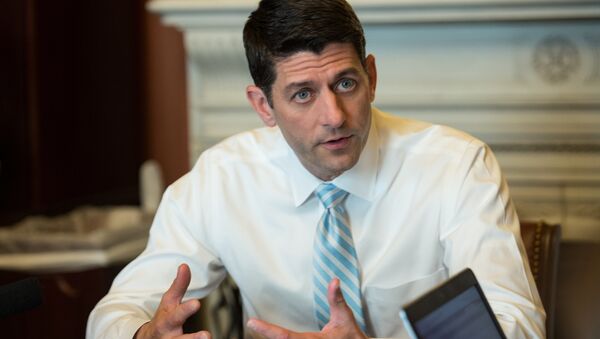 WASHINGTON (Sputnik) — Trump signed executive orders earlier on Tuesday that would permit both projects to go forward, linking both to campaign pledges to invest in US infrastructure and to undo excessive regulatory actions of the Obama administration.

"Thanks to President Trump’s executive order, the Keystone pipeline and the Dakota Access pipeline can finally be built," Ryan stated. "These pipelines will strengthen our energy supply and help keep energy costs low for American families."

Sanders Vows to Do Everything Possible to Halt Construction of US Oil Pipelines
Ryan also said that construction of the two pipelines would boost the US economy by creating thousands of good paying jobs.

Former President Barack Obama rejected the proposed Keystone pipeline in 2015, arguing that the project to bring oil from Canada to refineries on the US Gulf of Mexico coast would harm global efforts to cut carbon emissions from fossil fuels that are believed responsible for global warming.

Obama also halted work on the Dakota Access pipeline, which would carry oil through four US states, following protests by Native Americans as well as environmental activists that at times turned violent.