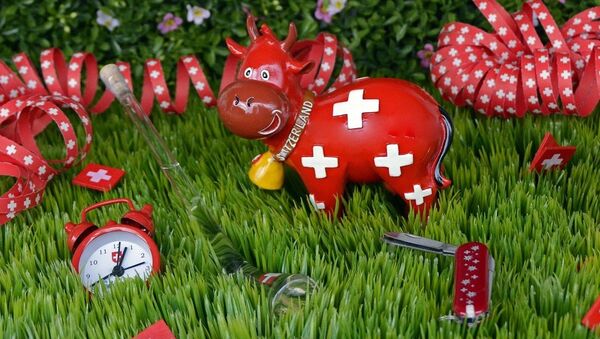 © Photo : Pixabay
Subscribe
International
India
Africa
Britain's Prime Minister has ramped up her "Hard Brexit" stance, formally announcing that the UK will leave the European Union's single market, with words that made the pound sterling rally and Remainers seethe. Germany's finance minister has expressed a slightly different view however, saying Britain should follow the Swiss model.

The response from European leaders was one of relief for some clarity at last after Theresa May, it seemed, put the government's position on immigration and desire to control it, above the European Union's freedom of movement principle.

In the meantime, Germany finance minister Wolfgang Schaeuble reckons the UK should consider modeling its relationship with the EU on Switzerland's and negotiate access to the EU single market through bilateral deals, involving the freedom of movement  — while at the same time ensuring Britons would receive preferential treatment in the UK jobs market over their European counterparts.

In Berlin to meet with FM Wolfgang Schauble, strengthening the important bilateral ties between the UK and Germany pic.twitter.com/XRAtub9M90

Locals First: Switzerland Agrees on Job Controls in Hope of EU Immigration Deal
Switzerland is not a member of the European Union — but does have bilateral arrangements in place that means the freedom of movement principle can be applied to certain trading regulations which includes a policy which forces employers to consider Swiss citizens first for local jobs.

However, it's not quite clear what the UK will do about its position in the currency union amid speculation it could look to Norway for a nod on what to do next.