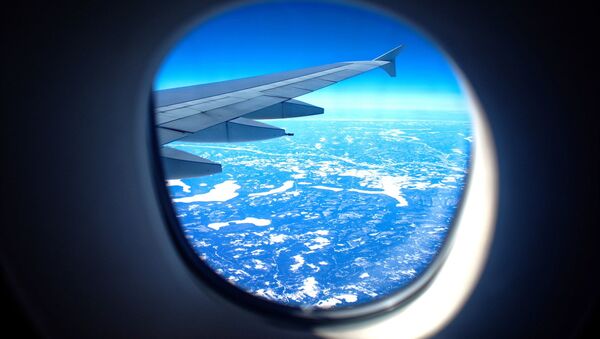 Photos are surfacing online of airplanes filled almost entirely with women flying to the Women’s March that will be taking place Saturday in Washington DC and other US cities, protesting the inauguration of Donald Trump as president.

The trend was set off by someone asking their fellow sky passengers who else was heading to the Women’s March. To their amazement, a majority of the passengers rose their hands and cheered. Similar scenes are taking place in airplanes and airports nationwide, as documented on Twitter and other social media platforms.

​Photos of large groups of women, and a few men, clad in "pussy hats," pink knit caps with large cat ears, have also surfaced. The euphemistic hats have become synonymous with the movement, and refer to misogynistic remarks made by Trump several years ago.

Love a nasty woman flight attendant 👏 Starting our wknd of amazing women because we can't give up! @SpiritAirlines #WomensMarchOnWashington pic.twitter.com/bWj89inKtJ

​Celebrities including Scarlett Johansson and Ashley Judd, activists like Angela Davis and Michael Moore, and prominent feminists such as journalist Gloria Steinem and Planned Parenthood president Cecile Richards are scheduled to appear.

On @AlaskaAir flight 4 with plane full of women and pussy hats. Energy is electric. #WomensMarchOnWashington pic.twitter.com/DTuqqdGysr

​The Women’s March organizers claim that the movement is apolitical and open to anyone to attend, but as their policies have a noted liberal slant, some groups, such as anti-abortion advocates, have claimed that they are being excluded.

When almost the entire flight is headed to D.C. For the Women's March #StrongerTogether #WomensMarch pic.twitter.com/eZVPjvTSqR