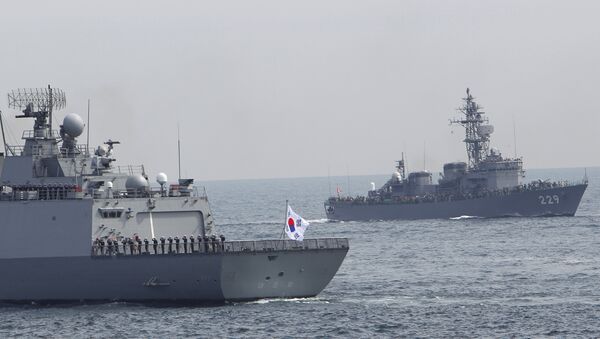 South Korea Slams Japan's Repeated Territorial Claims to Dokdo Islets
TOKYO (Sputnik) – According to the Kyodo news agency, Japanese, South Korean and US destroyer ships equipped with Aegis combat systems are taking part in the drills, where they are expected to act out a scenario of a possible launch of an intercontinental missile from the territory of North Korea.

On September 5, 2016, Pyongyang launched three ballistic missiles in the direction of the Sea of Japan. Several days later it conducted a successful test of a nuclear warhead, which is believed to be the fifth and largest blast since Pyongyang began pursuing nuclear and ballistic missile programs.