Death Toll in Mali Military Base Attack Rises to 47, Including 5 Suicide Bombers 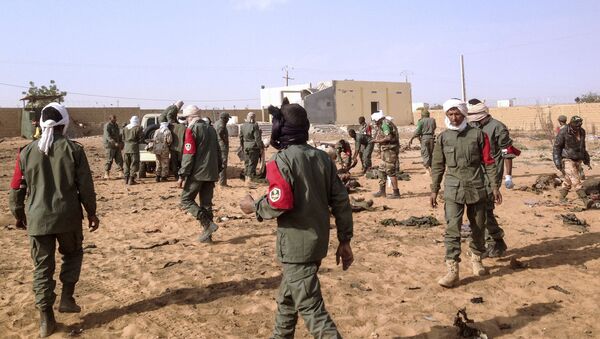 The death toll in the suicide attack at a military camp in Mali's northern city of Gao has risen to 47, Mali government said in a statement on Wednesday.

Africa
Car Bomb Attack Leaves at Least 37 Dead on Military Base in Northern Mali
A vehicle was detonated at a military base housing government forces and armed rebel groups. Earlier, AFP reported that 37 people were killed in the blast, citing a source in the UN.

There was no immediate claim of responsibility.

The camp is located in Gao, a former bastion for Malian rebels and Islamist fighters who had joined forces to seize control of much of the country's north in early 2012.

France has been aiding Malian forces to reclaim the country's north from Islamist insurgents since 2013. But rights advocacy groups, such as Human Rights Watch, repeatedly accused Mali’s government of failing to protect the local population from jihadist groups.