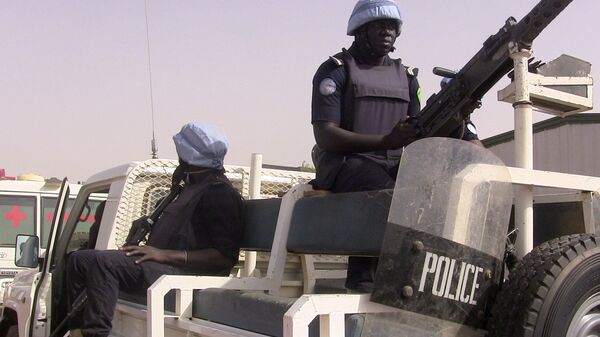 Earlier, Reuters reported that 25 people were killed in the blast, citing a provisional death toll announced by the army.

Africa
Mali Mobilizing Thousands to Ensure Security at Africa-France Summit This Week
The military base was housing government soldiers as well as members of various rival armed groups, who together conduct mixed patrols in line with a UN-brokered peace deal aimed at quelling violence in Mali's restive desert north.

Following the explosion, French Minister of the Interior Bruno Le Roux called it a "major and symbolic attack."

France has been aiding Malian forces to reclaim the country’s north from Islamist insurgents since 2013. But rights advocacy groups, such as Human Rights Watch, repeatedly accused Mali's government of failing to protect the local population from jihadist groups.