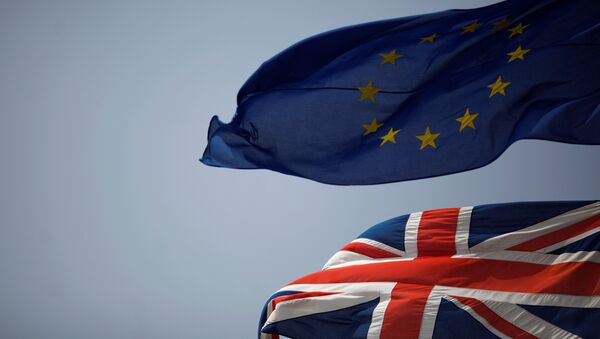 © REUTERS / Jon Nazca
Subscribe
Norwegian Prime Minister Erna Solberg said in a Thursday interview that Britain’s talks to exit the European Union would be slow and indecisive due to poor negotiation skills displayed by British diplomats as a result of the country’s long-time EU membership. She warned the Brits to settle in for what might be a ‘very hard Brexit.’

British Prime Minister Theresa May intends to begin the process for Britain exiting the EU in March 2017. Notoriously byzantine EU rules and regulations have made the exit process highly complex. No sovereign nation has left the EU, making the process uncharted territory for both British and EU officials. May has kept her negotiating strategy quiet, claiming that revealing it would place the UK at a disadvantage.

EU member states have their trade negotiations handled by the European Commission in Brussels. For the last 43 years, Great Britain's multilateral foreign negotiations have been handled by a force outside its government, indicating that they likely have few experienced negotiators to call upon.

"Serious multilateral negotiating experience is in short supply in Whitehall, and that is not the case in the (European) Commission or in the (European) Council," wrote Sir Ivan Rogers, a former British ambassador to the EU who resigned on Tuesday January 3. Rogers was replaced by Sir Tim Barrow, the UK's former ambassador to Russia, who the British government has described as a "seasoned and tough negotiator." 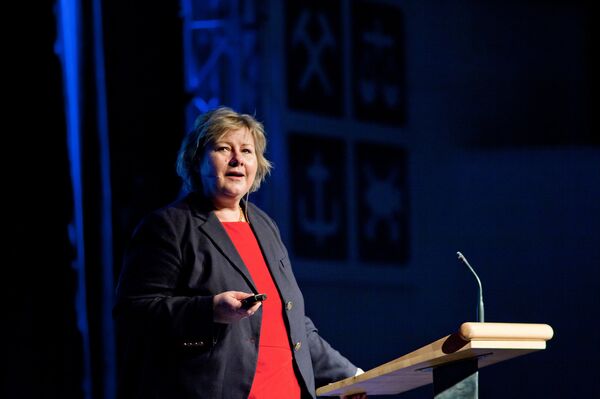 Norway is not an EU member but has close ties to the supranational organization via membership in the European Economic Area (EEA) which allows for free movement of persons, goods, services, and capital, and the Schengen Area, which allows for travel between member countries without passport or border controls.

Some Britons support their island keeping Norway-esque ties to the EU after exiting, while others desire a "hard Brexit" that would see the United Kingdom leave the EEA (the UK never joined the Schengen Area). An October 2016 poll from the BMG Research Group found that a so-called soft Brexit was the slightly preferred option of 52 percent of Britons.

Solberg was doubtful that Britain could maintain a similar relationship to the EU as Norway, however. She said it would be "very hard" for the UK to accept EU decisions without a vote in the European Council. However, Solberg also said that she was hopeful that "we will find a solution that leaves Britain as a partner in a lot of the European activities that we need them to be a partner in."

The process of completing Brexit is anticipated to take at least two years.

000000
Popular comments
They can make it as hard as a stick of Brighton rock if they wish, but I suspect Britain's former ambassador to the Russian Federation has what it takes to make some of them think about it first.
Medvezhonok
6 January 2017, 01:15 GMT
000000
what i mostly dislike of brexit is about the characteristic of Great Britain, before pushed Europe in wars not welcomed, and later act as if nothing happened, playing like she is not involved...
francescoslossel
6 January 2017, 01:53 GMT
000000
Newsfeed
0
New firstOld first
loader
LIVE
Заголовок открываемого материала
Access to the chat has been blocked for violating the rules . You will be able to participate again through:∞. If you do not agree with the blocking, please use the feedback form
The discussion is closed. You can participate in the discussion within 24 hours after the publication of the article.
To participate in the discussion
log in or register
loader
Chats
Заголовок открываемого материала
Worldwide
InternationalEnglishEnglishMundoEspañolSpanish
Europe
DeutschlandDeutschGermanFranceFrançaisFrenchΕλλάδαΕλληνικάGreekItaliaItalianoItalianČeská republikaČeštinaCzechPolskaPolskiPolishСрбиjаСрпскиSerbianLatvijaLatviešuLatvianLietuvaLietuviųLithuanianMoldovaMoldoveneascăMoldavianБеларусьБеларускiBelarusian
Transcaucasia
ԱրմենիաՀայերենArmenianАҧсныАҧсышәалаAbkhazХуссар ИрыстонИронауОssetianსაქართველოქართულიGeorgianAzərbaycanАzərbaycancaAzerbaijani
Middle East
Sputnik عربيArabicArabicTürkiyeTürkçeTurkishSputnik ایرانPersianPersianSputnik افغانستانDariDari
Central Asia
ҚазақстанҚазақ тіліKazakhКыргызстанКыргызчаKyrgyzOʻzbekistonЎзбекчаUzbekТоҷикистонТоҷикӣTajik
East & Southeast Asia
Việt NamTiếng ViệtVietnamese日本日本語Japanese俄罗斯卫星通讯社中文（简体）Chinese (simplified)俄罗斯卫星通讯社中文（繁体）Chinese (traditional)
South America
BrasilPortuguêsPortuguese
NewsfeedBreaking
19:45 GMTFDA Rejects Pfizer’s Initiative to Offer Booster Jabs After Reports on Vaccine’s Plummeting Efficacy
19:39 GMTUS Conducts Successful Test of Trident II Missile, Navy Says
19:32 GMTFrench Foreign Minister Claims Paris Had No Prior Discussions on AUKUS, Submarines With US
19:06 GMTVideo: Hundreds of Illegal Immigrants Stream Across Rio Grande Into US State of Texas
18:56 GMTPhotos: LA Parents Angered by 'F**k Police', 'F**k Amerikkka' Posters Hung in Classroom
18:53 GMTLionel Messi’s Contract With Paris Saint-Germain Leaked, Report Says
18:37 GMT'Cocooning': Biden Team Created a 'Wall' to Guard Him From Unscripted Events, Book Says
18:18 GMTThousands Rally in France Against Ban on Bird Hunt, Reports Suggest
18:08 GMTWatch Bright Flash Appear on Jupiter After Suspected Collision With Space Object
18:02 GMT'Administrative Error': Labour Party Backtracks on Threat of Misconduct Probe Into Left-Wing MP
17:38 GMTUS Fast Food Giant Subway Taunts France With 'Non-Nuclear Powered' Subs Ad Amid AUKUS Row
17:18 GMT'I Feel Humiliated': Captain Amarinder Singh Resigns as Chief of India's Punjab State
16:38 GMTWhy Did the US Ditch Its European Allies in Favour of UK and Australia to Wrangle With China?
16:29 GMTUS Pledges to Boost 'Removal Flights' to Transport Haitian Migrants Stuck Under Texas Bridge
16:12 GMT'Justice for J6': Protesters Rally in Washington, DC to Support Charged Capitol Riot Demonstrators
15:39 GMTSeveral Reportedly Injured as Car Rams Into Cafe Terrace in Fontainebleau, France
15:27 GMTMalaysia Claims New AUKUS Alliance May Spark Nuclear Arms Race in Indo-Pacific
15:08 GMTParis Being Rocked by Protests Against COVID-19 Passes for 10th Weekend in Row
14:31 GMTNotre-Dame Restorers Finish Fortification Works to Start Restoration Phase
14:19 GMTWhen Trump Asked Obama About His 'Biggest Mistake', POTUS 44 'Couldn't Think of Anything': Book