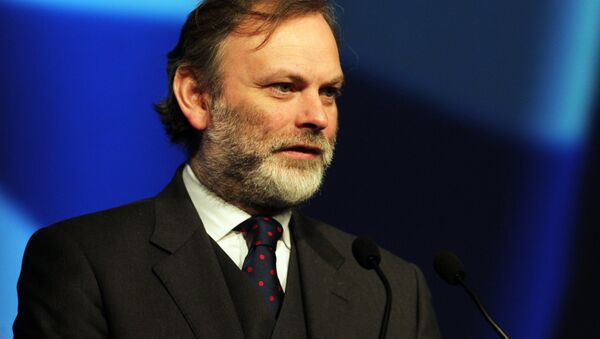 MOSCOW (Sputnik) — Tim Barrow, a former UK ambassador to Russia, has been appointed as the new UK Permanent Representative to the European Union, the Prime Minister's Office said.

"I am honoured to be appointed as the UK’s Permanent Representative to the EU at this crucial time. I look forward to joining the strong leadership team at the Department for Exiting the EU and working with them and the talented staff at UKRep [UK Representation to the EU] to ensure we get the right outcome for the United Kingdom as we leave the EU," Barrow said, as quoted in a Downing Street statement late on Wednesday.

British Wildlife at Risk After Brexit, Warn MPs
Barrow replaced his predecessor Ivan Rogers who resigned from the position on Tuesday. The resignation came months before Rogers' term ended, and, while the official reason was stated as simply giving way to his successor who would handle Brexit, reports said the former ambassador had a strained relationship with some members of Prime Minister Theresa May's cabinet. Later, in a leaked letter to UKRep staff, Rogers criticized the UK government for lacking the needed negotiating stamina needed for Brexit talks.

Downing Street stressed that the new ambassador is a suitably heavyweight negotiator for the job.

"We are delighted that Tim Barrow is taking up this role. A seasoned and tough negotiator, with extensive experience of securing UK objectives in Brussels, he will bring his trademark energy and creativity to this job — working alongside other senior officials and Ministers to make a success of Brexit," a spokesperson for the Prime Minister's Office was quoted as saying in Wednesday's statement.

Barrow, who had been recommended for the position by Cabinet Secretary Jeremy Heywood, served as an ambassador to Russia in 2011-2015 and is currently a political director at the UK Foreign Office. He is a career diplomat with 30 years of experience, including in various EU-related positions.