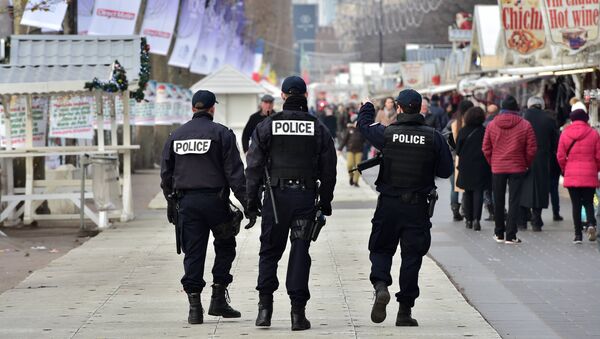 © AFP 2021 / CHRISTOPHE ARCHAMBAULT
Subscribe
Law enforcement agencies throughout Europe are struggling to deal with the complexities of sharing intelligence on known terrorism threats because of the federalized structure of many of its agencies, leading to a failure to pass on critical knowledge to where it is most needed, Sputnik has been told.

The latest terrorist atrocity in Europe — in which a man drove a truck into a crowd shopping at an outdoor Christmas market in Berlin, Germany, December 19, killing 12 and injuring 49 — highlighted the fact that intelligence agencies throughout Europe are still struggling to unite on common intelligence sharing. 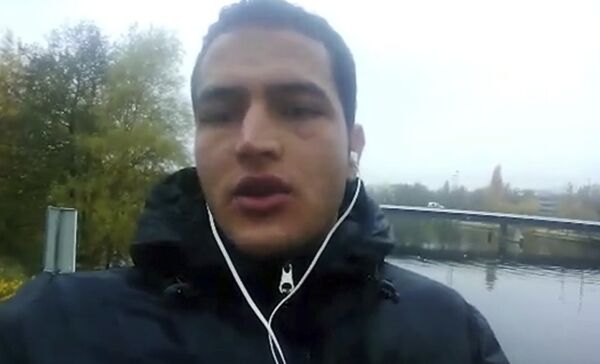 Italian authorities shot dead Anis Amri, the Berlin market attack suspect, during a routine check in the Sesto San Giovanni area of Milan, in the early hours of December 23 — but only after he had traveled from Germany, through France and into Italy despite being the most wanted man in Europe. Latest reports suggest he even may have traveled via The Netherlands.

Questions are being asked on how he managed to cross out of Germany and reach Italy in the middle of a massive police and security agency hunt in Europe at a time when the issue of terrorism, security, border control and immigration is so politically sensitive. It was revealed he was known to German authorities, had been under surveillance, the subject of two deportation attempts, suspected of planning an attack and his details had been passed on to them by foreign agencies.

Even if Anis Amri has been put off the streets we need to admit it was a lucky catch. We need more inter EU Intel exchange #berlinattack

​​A senior UK security expert, Will Geddes, founder of ICP Group says one of the major issues is the federalized nature of many agencies in EU member states.

"There are some failings on the German side, in terms of their intelligence instruments, because they are very federalized and they are [now in the same situations as] where France was after the Charlie Hebdo attacks, where none of [the French] intelligence agencies were really effectively communicating with each other," Geddes told Sputnik.

"That is not to say that there aren't those that have rally upped their game — and France is certainly one of them — however, it's evident by what we've seen materializing in Germany that there is still quite some way to go."

Germany's law enforcement agencies operate historically at state level, where the Landespolizei carry out the bulk of the work of policing. Only the Bundespolizei operates at federal level, having emerged from the Bundesgrenzschutz — the Federal Border Guard — and become responsible for major national emergencies beyond the scope of the state police forces.

Meanwhile — also at federal level — the Federal Intelligence Service (Bundesnachrichtendienst) and the Federal Office for the Protection of the Constitution (Bundesamt für Verfassungsschutz), respectively deal with national security externally and internally.

The latter has no powers of arrest and cannot use force, but can pass on information to another agency, the Federal Criminal Investigation Office (Bundeskriminalamt).

"It's not so much the question of the sharing of intelligence, but how are they going to disseminate it within their own countries.  The biggest problem is that some of those territories — like Germany — that are federalized means that [agencies in countries such as] the UK may pass on those nuggets of intelligence, but are they cascading through to all the relevant agencies to ensure that they have got the best picture and a tapestry of the terrorism trail in their own country?" Geddes told Sputnik.