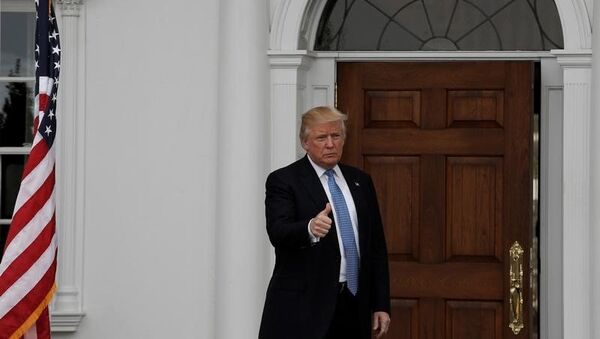 US President-elect Donald Trump's spokesman Sean Spicer on Friday explained Trump's statements on US nuclear potential's expansion saying that a global arms race is unlikely to happen, as other countries will understand that they should not compete with the United States.

Trump on Nuclear Weapons Remark: Let It Be Arms Race, We Will Outlast Them All
MOSCOW (Sputnik) — On Thursday, Trump said that Washington should look into expanding its nuclear potential. Earlier on Friday, he said that the United States could enter an arms race.

"We’re not going to sit back as a country, and allow other countries to expand their nuclear capabilities with the US just sitting idly by. This president is going to take action, he’s going to make sure that the American interests are protected," Spicer told the NBC’s Today program.

"But just to be clear: the president isn't saying we're going to do this. He said, 'unless they come to their senses.' It's a warning to them that this president isn't going to sit idly by," Spicer added.