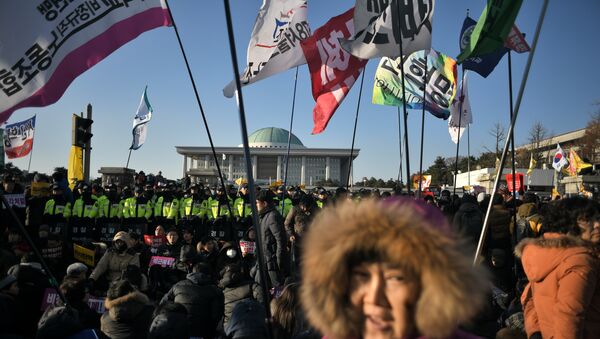 The South Korean parliament has completed the vote on the issue of impeachment of President Park Geun-hye, the votes are being counted at present.