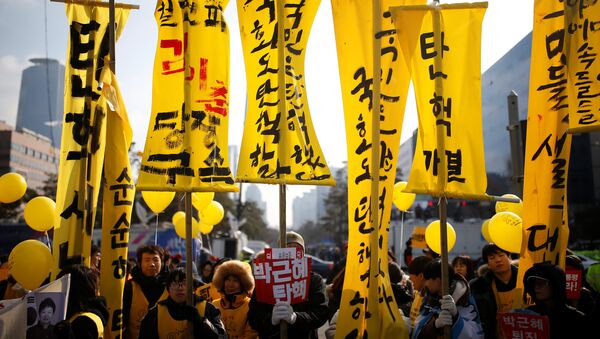 A mass rally is taking place in Seoul near South Korea's parliament on Friday to demand the resignation of President Park Geun-hye as the lawmakers opened a session to vote on presidential impeachment, local media reported.

TOKYO (Sputnik) — According to the KBS television broadcaster, the police have encircled the protesters in order to prevent possible incidents.

The situation has triggered protests around the country and the president has been criticized by the country's politicians, including the ones from her own party.