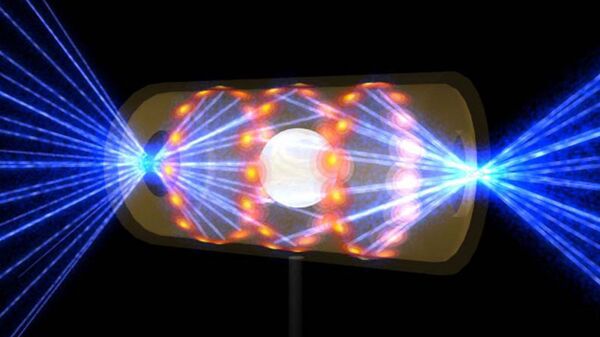 Since the discovery of nuclear fusion in the early 20th century, humanity has dreamed of making the process viable for energy production. Fusion, the same process by which the Sun generates energy, would likely be a permanent solution to all energy concerns, as the main component required to produce it is hydrogen gas, the most prevalent element in the known universe, and the only waste product is helium. A single fusion reaction, using only a small amount of water and lithium, could produce as much power as 100 tonnes of burning coal, according to The Guardian. Unlike nuclear fission, there are no dangerous waste products, and, unlike fossil fuels, there is an incredibly abundant supply of the necessary components.

The central obstacle to the generation of fusion power is the extreme heat required for its generation. Nuclear fusion is derived from plasma, which results from superheated gas. Not only are the temperatures required to convert hydrogen to plasma very difficult to generate, they are so hot that virtually no container can withstand them without being quickly destroyed. Attempts to create fusion reactions at room temperature, so-called "cold fusion," is seen by most of the scientific community as pseudo-science. Hot fusion appears to be the only viable method, but any container meant to hold it degrades rapidly from the heat (at least 100 million degrees Celsius, according to the European Consortium for the Development of Fusion Energy.)

But physicists at the Max Planck Institute believe they have found a workaround. Their so-called Wendelstein 7-X stellar fusion device (W7-X) is designed to create superheated plasma for a fusion reaction. The plasma inside of the W7-X never touches the walls of the containment chamber. Instead, it is manipulated by strong magnetic fields within the device that are generated by superconducting magnetic coils that have been cooled to near-absolute zero.

If it works as intended, the "magnetic cage" will be a major breakthrough in fusion studies, as it will solve the problem of fusion reactors melting before they can complete a reaction. David Gates, a US Department of Energy physicist who is part of the international team working on the W7-X, told Seeker that the breakthrough "lays the groundwork for the exciting high-performance plasma operations expected in the near future."

The magnetic cage might solve the containment problem, but does not address the high cost. An estimated one billion euros were spent to construct the W7-X, and it is not yet clear how temperatures in the tens of millions of degrees can be produced, contained, and corralled in a cost-effective fashion. But Gates is optimistic that the price is worth it. "A viable fusion reactor," he said, "would provide a secure, plentiful and environmentally benign energy resource to all nations."

Thus far, the only fusion reactions to occur on Earth outside of a laboratory environment are the detonations of hydrogen bombs.