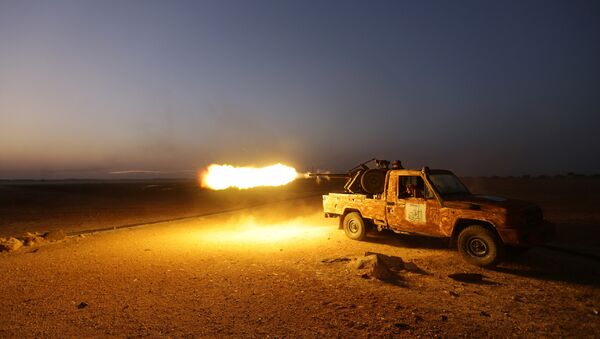 WASHINGTON (Sputnik) – The SDF is currently carrying out an operation to isolate and liberate the Syrian city of Raqqa from Daesh control.

"This week, we are facilitating joint discussions with Turkey, the SDF and other coalition partners to promote de-escalation in the area," Dorrian told reporters.

The spokesman described the talks as a “fragile step” in an ongoing effort to ensure that all coalition partners remain focused on fighting Daesh. However, he declined to provide further details.

Pentagon Announces Creation of New Armed Rebel Group to Fight for Raqqa
Turkey considers a component of the SDF, the Kurdish People's Protection Units, an extension of the Kurdistan Workers' Party, or PKK, which Ankara has designated a terrorist organization.

The two sides have clashed over the Kurdish presence in Manbij and other cities near the Turkish-Syrian border.

On December 1, the SDF announced the formation of a brigade, al-Sahba, that will reportedly focus on fighting Daesh as well as the Turkish presence on Kurdish territory.