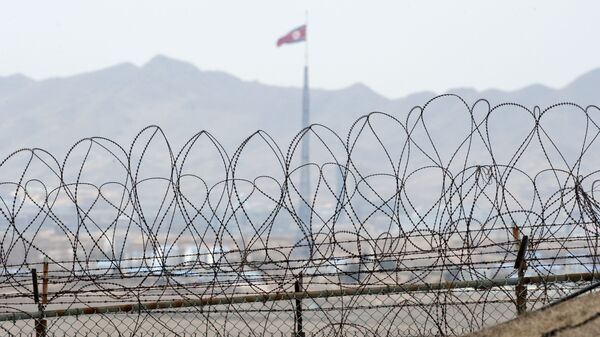 "We are closely monitoring North Korea's military moves as it might misinterpret political trouble in the South and the power transition period in the U.S. as a good opportunity to provoke," Joint Chiefs of Staff spokesman Jeon Ha-kyu was quoted as saying by the Yonhap news agency.

He added that any North Korean provocation would be equal "to self-destruction."

On Friday, South Korean National Assembly will vote on the impeachment of President Park Geun-hye amid a corruption scandal around her close friend and "shadow adviser" Choi Soon-sil.

On December 2, North Korea carried out a massive artillery drill in the Yellow Sea that simulated striking military targets in South Korea.

On September 5, Pyongyang launched three ballistic missiles in the direction of the Sea of Japan. Several days later it conducted a successful test of a nuclear warhead, which is believed to be the fifth and largest blast since Pyongyang began pursuing nuclear and ballistic missile programs. On October 14, North Korea carried out a failed test of the Musudan intermediate-range ballistic missile near the northwestern city of Kusong.