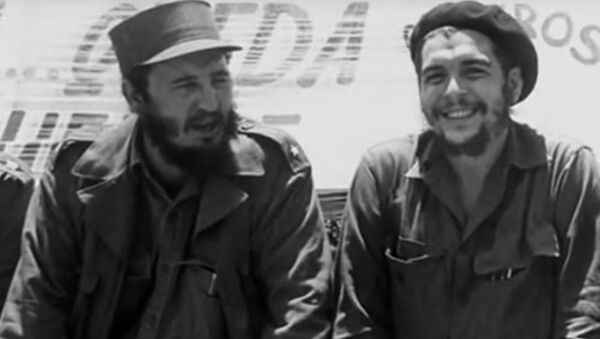 Long-standing Cuban leader Fidel Castro showed that it was possible to organize a revolution, which seemed 'unthinkable,' leader of the Communist Party of Uruguay Eduardo Lorier told Sputnik on Sunday.

MONTEVIDEO (Sputnik) — According to Lorier, the Cuban Revolution proves the "importance of both objective and subjective conditions."

"The revolution which took place in Cuba seemed unthinkable, as this country is located too close to the United States," Lorier said.

Bolivian Lawmaker Says Fidel Castro's Ideas Will Live for Years to Come
According to Lorier, the revolution organized by Fidel Castro could take place in any country, but the fact that it took place in the Caribbean state is giving it a "special value."

The death of the Cuban revolutionary and former leader was announced by his brother, incumbent Cuban President Raul Castro, on Friday. A funeral ceremony has been scheduled for December 4, and will be held at a cemetery in Santiago de Cuba. Cuba has received a flood of condolences from leaders around the world, including from Russia and the United States.