Students Can't Spot a Fake at Ten Paces: The Success Of Fake News 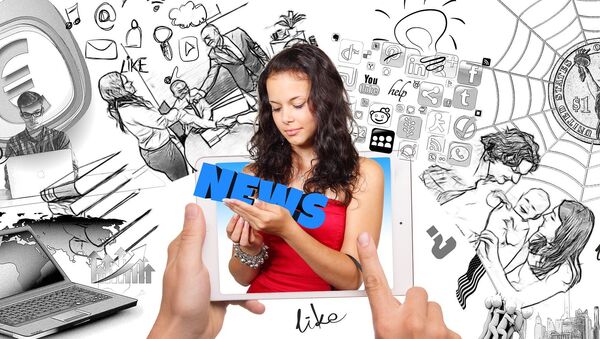 Most teens and young people can't spot fake news, and unquestioningly accept social media headlines and photos, according to a new Stanford University study. It comes after social media giant Facebook has faced heated criticism of the amount of fake news published and shared during the 2016 US election.

Stop Fake News: Brits Want Facebook to Pop Artificial News Bubble
Like Mark Twain's dictum, sometimes truth is stranger than fiction. However, when fiction is packaged in an intriguing enough way, even skeptics can fall prey to the scourge of online journalism that is click-bait

And if you think you had a hard time this year, being bamboozled by the dizzying array of fake news headlines, spare a thought for students.

A new study by Stanford University in California, of 7,804 American middle school, high school and college students, found that most of them couldn't identify fake news on their own.

Many were quick to trust biased sources and unaccredited photos.

82% of middle schoolers (aged 11-13) couldn't distinguish between an advert labeled "sponsored content" and a real news story on a website.

And nearly four in ten high-school students (aged 14-18) were convinced that a photo of deformed daisies on a photo-sharing site, was strong evidence of toxic conditions near the Fukushima Daiichi nuclear plant in Japan. This was based solely on the photo, and a short headline. No source or location was given for the photo.

In fact, when it comes to young people, it seems that photographs can be very influential in swaying their opinions. Analyzing Twitter news, many students judged the credibility of the news-related tweets based on whether a large photo was attached, rather than on the source.

It's no wonder them, that fake news is becoming increasingly prevalent.

According to data from a Facebook-monitoring tool cited by BuzzFeed, the 2016 US election was particularly rife with made-up muck-raking.

Indeed, recently, social media giant Facebook, has faced fierce criticism over the amount of fake news shared on the site.

On Saturday, November 12, Facebook CEO Mark Zuckerberg dismissed accusations that fake news on the social media platform helped president-elect Donald Trump to win the US election. In a personal blog post, Zuckerberg insisted that 99% of news links shared on his site are legitimate.

However, critics of Facebook say that the company is not taking enough responsibility over the veracity of the content that it shares and promotes.

However, the Stanford University study suggests that intervention should come much earlier. They are calling on parents and teachers to educate young people on how to spot the signs of fake news, and how to detect when they're being misled.

In the meantime, Facebook and Google News say they are looking into more effective ways of letting users report fake news.

However, as this new report points out, such a plan relies on a users being able to distinguish between fact and fiction in the first place.