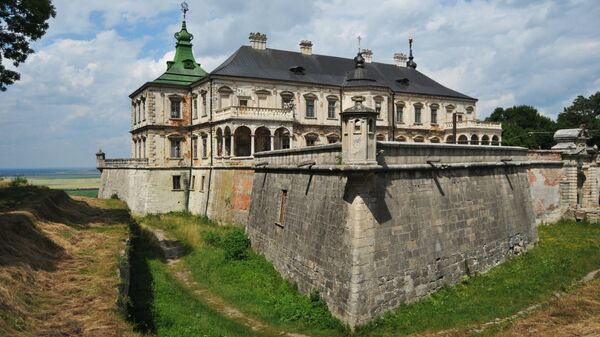 © Sputnik / Pavel Palamarchuk
/
Go to the mediabank
Subscribe
International
India
Africa
Ilya Tsukanov
All materialsWrite to the author
Residents of western Ukraine are bracing for a flood of restitution claims by families of Poles from the Kresy –lands in western Ukraine formerly belonging to Poland. Observers say the claimants have been encouraged by the Ukrainian parliament's recent passage of a declaration saying that the post-war order established in 1945 was illegitimate.

Ukrainian news website Korrespondent.net has reported that the first two cases from descendants of Polish landowners in territories now belonging to Ukraine are ready to be handed over to courts in the cities of Lutsk and Ternopil.

"These are the cases where the documents were best preserved," said Conrad Renkas, chairman of the Kresy Restitution Association. Renkas' organization has prepared nearly 1,600 restitution claims in the last year.

The court cases have been created in anticipation of the repeal of the moratorium on the sale of land in Ukraine starting January 1, 2017, as well as the removal of an EU restriction on the ownership of land in foreign countries.

Renkas said that plaintiffs have a variety of claims. Some are seeking compensation for the use of what was once their property. Others want payment of damages for lost revenues due to confiscation of capital. Others still simply want to reclaim their ancestral lands. Among the properties being claimed by Poles are country houses, dozens of hectares of land, and even a copper mine in eastern Ukraine's Kharkiv region with an estimated worth of $1.5 million US, Korrespondent noted.

Oops! Ukrainian Parliament Opens Door to Polish Territorial Revisionism
Observers say that the claimants have been heartened by a resolution passed last month by Ukraine's parliament. The joint declaration, signed together with the parliaments of Poland and Lithuania, said that the Soviet Union was just as responsible for the outbreak of the Second World War as Nazi Germany. It also condemned the post-war European order established at Yalta by the USSR, US, and UK, saying that it resulted in the 'enslavement' of Central and Eastern Europe for almost half a century.

But experts warned that the bill also effectively delegitimized contemporary Ukraine's possession of its western territories, which were 'immorally' and 'illegally' transferred to the Ukrainian Soviet Socialist Republic from Poland at the end of World War Two, according to the logic of the resolution.

Accordingly, the resolution may have given the Kresy claimants the moral ammunition needed to having courts accept their claims for restitution.