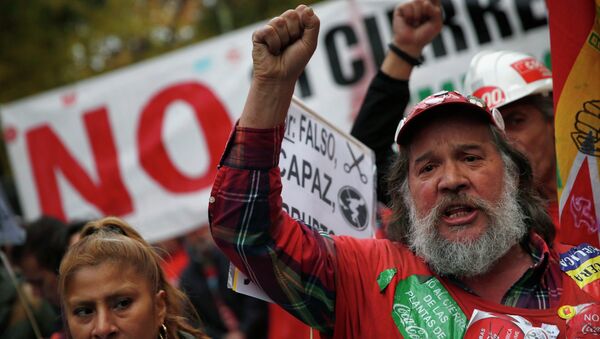 The European Commission has watered down its strict policy - embedded in the EU Treaty - on member state government running up huge debts and deficits in the face of growing anti-EU sentiment and the rise in populism, marking a significant capitulation on Brussels' authority.

In essence, Spain, France, Belgium, Italy, Cyprus, Lithuania, Slovenia and Finland are all in breach of the strict budget rules that the EU has laid down. In Brussels-speak: each of those countries has broken the Stability and Growth Pact (SGP) which is designed to ensure that all members stick within agreed budget limits — particularly on running up debts. (Greece — on its third bailout — is not even mentioned).

The SGP defines an excessive budget deficit as one greater than 3 percent of GDP. Public debt is considered excessive under the Treaty if it exceeds 60 percent of GDP without diminishing at an adequate rate.

In the case of all eight countries, the Commission has found that their Draft Budgetary Plans (DBP) for 2017 are "at risk of non-compliance." Under the terms of the treaty, countries that fail to respect the SGP's preventive or corrective rules may ultimately face sanctions — warnings (which Spain, Portugal and Italy have already had) or fines.

We call for fiscal support up to 0.5% for the €zone: countries w/ fiscal space should invest, others should respect their fiscal targets.

​However, in an about-turn, the Commission  — in the form of European Commissioner for Economic and Financial Affairs, Pierre Moscovici — has called for member states to do what they can to go for growth — around 0.5 percent of GDP next year — while quietly sidelining the issue of sanctions for breaking the rules.

The statement says: "The rules of the Stability and Growth Pact are essentially designed to prevent excessive levels of deficit and government debt. The current situation is sub-optimal in at least two respects.

"First, in light of the latest economic and budgetary data, a full delivery of the fiscal requirements contained in the country-specific recommendations of the Council would lead, on aggregate, to a moderately restrictive fiscal stance for the euro area as a whole in 2017 and 2018, while the economic situation would seem to call for an expansionary fiscal stance in the present circumstances.

"Second, the current fiscal aggregate conceals a very uneven fiscal distribution across Member States, which does not make good economic sense from the point of view of the euro area."

In plain English: "Despite our rules on countries not being allowed to run up too much debt, if we carry on like this, we're likely to face an economic disaster — especially as the Mediterranean economies are out of cycle with the more stable northern EU economies."

The document admits being aware of "a number of electoral milestones in the coming quarters (Dutch, French and German elections) […] discontent with globalization [and] the impact of inequality on the near-term outlook (riots in Athens, Lisbon, Madrid and Rome)", which goes some way to explain the volte-face.