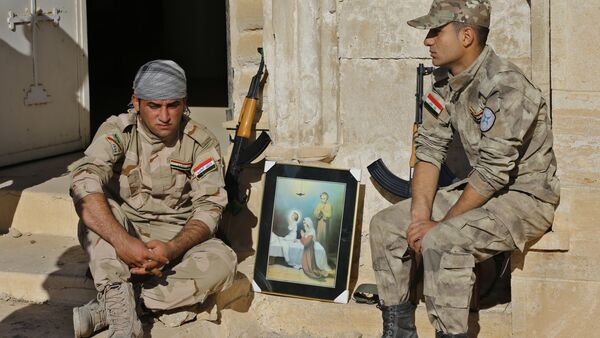 US-Led Coalition Conducts Eight Airstrikes on Daesh Positions Near Iraq’s Mosul
The document, discovered in the recently-liberated Iraqi city of Bakhdida, about 32 km southeast of the Daesh-held stronghold of Mosul, explicitly tells jihadis not to attack any coalition aircraft over Mosul or its suburbs.

According to Sputnik Arabic, the decree was discovered by Assyrian Christian militia on an information stand in central Bakhdida, at a so-called Daesh 'mobilization center'. Such centers were established by the terrorist group to mobilize the local population and train new recruits. 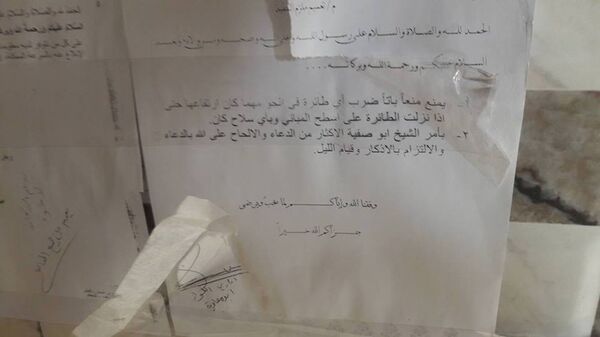 The text of the decree reads: "It is strictly forbidden to shoot down, using any weapons whatsoever, any aircraft that is in the air, no matter what height they are flying at, even if the aircraft lands on the rooftop of houses."

The document is signed by local Daesh leader Abu Muawia. 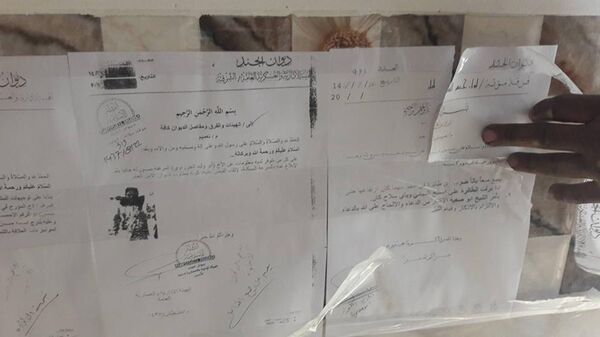 Iraq Police Spokesman Confirms Liberation of Entire Area South of Mosul City
The decree was discovered by the Nineveh Plain Protection Units, a militia group composed mostly of Assyrian Christians, who are concentrated in northern Iraq. The militia was formed in late 2014 to defend against Daesh, which has treated those who refused to convert to their faith with extreme brutality.

"It should be noted," Sputnik Arabic stressed, "that the competency to conduct airstrikes against Daesh in the Nineveh region lies [strictly] with planes of the international coalition led by the United States, which has repeatedly been accused of airstrikes on forces of the People's Militia and the Iraqi military, and of dropping humanitarian and military aid which has ended up in Daesh's hands."

The US and its allies began a massive campaign of airstrikes against Daesh targets in and around the northern Iraqi city of Mosul in mid-October, after Iraqi Prime Minister Haider Abadi announced a campaign to liberate the key Daesh stronghold.