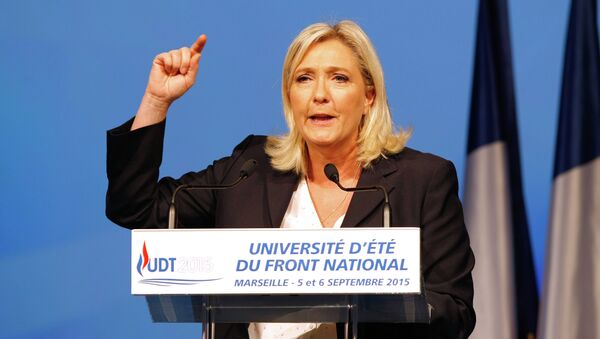 France's right-wing Front National Party leader Marine Le Pen has formally launched her campaign to stand for the presidency of France at the 2017 elections, saying it is a "pivotal moment" for the Republic, in what will be a major departure from traditional battles for occupancy of the Elysee Palace.

Le Pen's campaign — "In the Name of the People" — marks a new era in French politics, with incumbent Francois Hollande unlikely to see a traditional run-off between his socialists and the Republicans. This time — like the Brexit result and the Trump US presidential vote — things are likely to be different.

On the left are the Socialists, from which former economics minister Arnaud Montebourg, Paris senator Marie-Noelle Lienemann and French Assembly member Benoit Hamon have already been declared, but — much more importantly — Hollande and his Prime Minister Manuel Valls are expected to run, despite the unpopularity of Hollande's government over labor reforms. 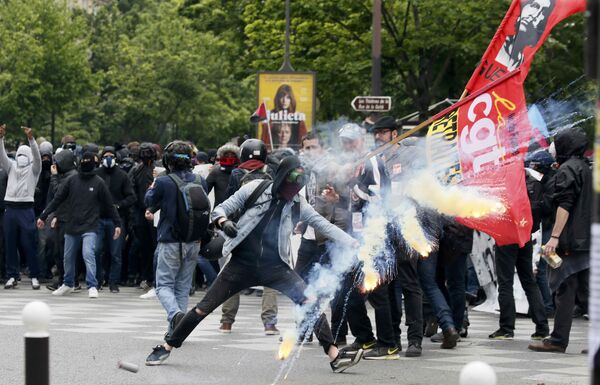 Protesters clash with riot police during a demonstration against French labor law reforms in Paris, France, May 17, 2016.
© REUTERS / Gonzalo Fuentes

However, Hollande's unelected ex-finance minister Emmanuel Macron has thrown his hat in the ring too, although he may not make it past the primaries in January, despite having been compared to Donald Trump — who had held no elected office and who was pro-business.

"I think what's going to happen this time round in the election is that Macron will undermine the left to a certain extent, but we're not really going to see a contest between the left and the right, this time, but between the right and the extreme right," Dr. Paul Smith, Associate Professor in French and Francophone Studies at the University of Nottingham, UK, told Sputnik.

Hollande is the first incumbent to have to face a primary in fifty years, which shows the lack of confidence they have in him — damaged as he is from attempting to bring in controversial reforms to the French labor laws in an effort to kick-start the economy.

He has faced months of protests on the streets and has also incurred the wrath of the police, who have complained of lack of resources and overstretch in the aftermath of the terror attacks which have stricken France in the last 18 months.

"Len Pen, of course has always cast herself as the anti-establishment vote. What I think Macron is trying to do is locate himself as somebody who bridges the center-right and the center-left, so that although he's been in the government with Valls and Hollande, he can actually reach across the divide," Dr. Smith told Sputnik.

"[Macon could] bring in people from the center-right who might be feeling rather anxious about the danger — not just of a Le Pen candidature but also of Sarkozy. He's a new man, but he wants to be new in a different way to Donald Trump; he's not cut from the same cloth."

The Republicans are holding their primary elections, November 20, and — although Juppe has led the opinion polls — Dr. Smith does not believe he will do as well as originally thought. "We could be surprised by how well Sarkozy does on Sunday," he said. 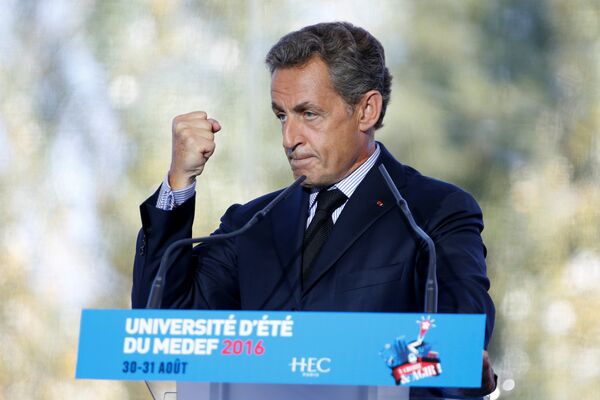 "I think with Le Pen it's an absolute certainty —so far as these things can be certain — that she will get through to the second round. Everybody in France is thinking that there is a solid 30 percent of voters who will back Le Pen and that is clearly driven by anti-establishment rhetoric," he told Sputnik.