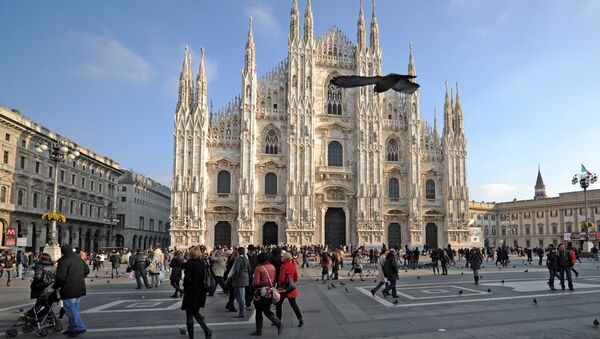 Mayor of Milan Giuseppe Sala expressed on Tuesday his concerns over the security situation in the city and announced an intention to ask the government to send additional forces to ensure safety.

Student Protests Against Education Reform Sweep 70 Italian Cities
ROME (Sputnik) — Such a decision is said to have been taken after two incidents in Milan within two days – a shootout between Albanians and the death of the Dominican man wounded in an attack.

"I have been talking about this for a year and I will discuss it with [Interior] Minister [Angelino] Alfano, hoping that more military will be sent to the city. I was told that it was impossible to do due to the Jubilee Year but it ends now, and therefore I will repeat my request," Sala was quoted as saying by La Stampa newspaper.

Sala reportedly stressed that the military should be deployed in the most "sensitive areas" on the outskirts of the city, since the security problem was existing in multicultural neighborhoods for a long time.

La Repubblica newspaper reported that about 100 military personnel would be sent to Milan by the end of November.

The Jubilee Year of Mercy, declared by Pope Francis in April 2015, is seen by the Church as a period for remission of sins and universal pardon, referring to God’s mercy and forgiveness. The Year of Mercy ends on November 20.