Moscow Says US Rhetoric on Syria Situation Based on 'Flagrant Lies' 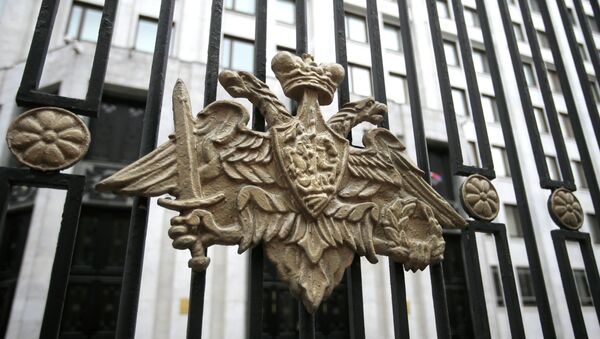 Russia's defense ministry made the statement on Tuesday, adding that the US State Department has never backed its empty claims against Russia's actions in Syria with concrete actions.

US Raises Concerns With Russia in Geneva Over Resumption of Syria Strikes
Washington earlier raised its concerns over Russia’s recent strikes in Syria, US Department of State spokesperson Elizabeth Trudeau said in a briefing.

On Tuesday, Russian Defense Minister Sergey Shoigu told President Vladimir Putin that a frigate had fired Kalibr cruise missiles on terrorist targets in the Syrian provinces of Idlib and Homs.

"We do not know where Elizabeth Trudeau gets her information on the situation in Syria," Ministry spokesman Maj. Gen. Igor Konashenkov said in a statement. "Her recounting of rumors about alleged destruction of five hospitals and a mobile clinic by Russian airstrikes only confirms that all public rhetoric by the US State Department regarding th situation in Syria is based on flagrant lies."

"No matter how often we urged them to present concrete facts, they provided nothing but empty accusations," Konashenkov added.