Syrian Civilian Casualties in US Airstrikes Could Exceed Pentagon's Estimate 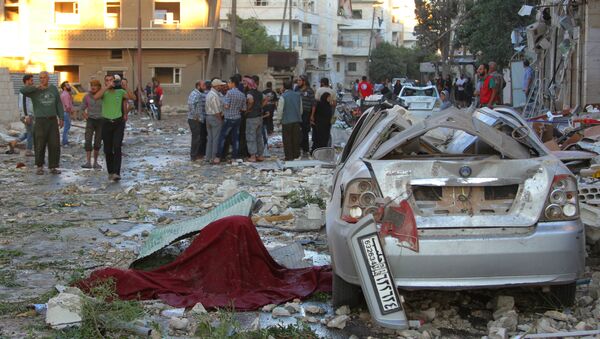 The real number of Syrian civilians killed in US airstrikes could surpass the Pentagon's official estimate, a source in the International Committee of the Red Cross (ICRC) told RIA Novosti on Thursday.

US-led Coalition Jets Kill 64 Civilians in Iraq, Syria in One Year
DAMASCUS (Sputnik)  – US airstrikes in Iraq and Syria could have killed 64 civilians and injured eight others in 24 airstrikes over the past year, US Central Command spokesman Col. John Thomas said in a statement released Wednesday.

"We do not have detailed information about how many people fell victim to US airstrikes in Syria for the said period. However, even according to the most rough estimates, the real number may be much higher than this figure," the ICRC source said.

Asked to specify by how much, the source said "by several times."