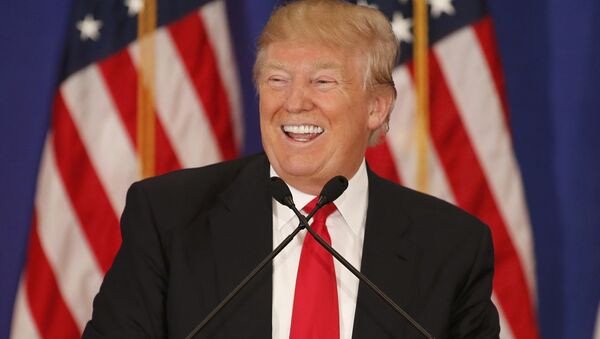 © REUTERS / Joe Skipper
Subscribe
International
India
Africa
US Republican presidential candidate Donald Trump has failed to fulfill his promise of spending around $100 million on his campaign, US media report.

Trump Projected to Have More Than 50% Chance of Coming Ahead of Clinton
WASHINGTON (Sputnik) – Trump has spent a little over $66 million on his campaign, according to Federal Election Commission (FEC) filings cited by NBC News on Tuesday.

Earlier this week, Trump said that he "will have spent over $100 million on my own campaign," something that he has been promising for over a year.

The US presidential elections are being held on Tuesday, November 8. Democratic nominee Hillary Clinton and her Republican rival Trump are the main contenders for the post of the new US leader.