This is the 'Hidden Dimension' of the Afghanistan War 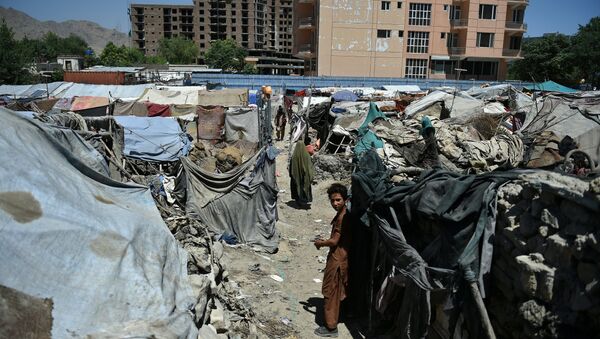 © AFP 2022 / WAKIL KOHSAR
Subscribe
Over the past two months, Taliban militants have inflicted damages of over $30 million in Afghanistan, said Shah Husein Murtazavi, deputy spokesperson of the Afghan Presidential Administration.

Around 30 Dead, Dozens Injured in Latest Clashes Between Afghan Troops, Taliban
"The war in Afghanistan has its hidden dimension. When a terrorist attack or armed clashes take place we usually talk about the number of casualties. But there are some important points going out of sight," Murtazavi said in an interview with Sputnik Dari.

During the past two decades, terrorist activities have been the main obstacle for the recovery of Afghanistan.  The Taliban are notorious for mass killings, tortures and executions.

"But the bigger picture shows that Taliban has also been involved in massive destruction of Afghanistan’s infrastructure. During these two decades, the terrorists proved they fight not only against civilians, but against the entire civilization created by them," he said.

Since the NATO conference on Afghanistan on October 4-5, a new surge of violence has spread across 11 Afghani provinces. Thousands of people have been killed, injured or left homeless. At the same time, Afghanistan’s infrastructure has been seriously damaged, including schools and hospitals.

Car Explosion Leaves Seven People Dead in Afghanistan
In particular, 302 schools have been closed by the Taliban and other terrorist groups in 11 Afghani provinces. Thousands of kids and teenagers have been deprived of access to the education system.

In addition, over the past two months, the terrorists have destroyed or damaged 41 medical facilities in 11 provinces.

In the same regions, the Taliban have also ruined 50 mosques.

The total damage by the Taliban during this period is estimated at over $30 million, Murtazavi said.

"Now, the government has to include in the next year budget the funding to recover the losses. There are also homeless people and refugees who need financial support. This compensation is a heavy burden that the government and the people have to bear," he concluded.