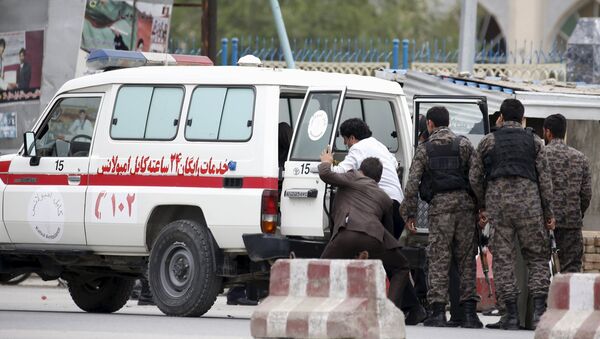 © REUTERS / Omar Sobhani
Subscribe
Seven people were killed a roadside explosion which hit the car heading for a wedding ceremony in the northern Afghan province of Parwan, according to local media.

MOSCOW (Sputnik) — At least seven people heading for a wedding ceremony were killed as a result of a vehicle explosion triggered by an improvised explosive device (IED) in the northern Afghan province of Parwan, local media reported Tuesday.

According to the Khaama Press agency, the vehicle was hit by a roadside explosion in Syed Khel district of Parwan. The local authorities have launched an investigation into the incident, the media outlet said, citing district administrative chief Ahmad Lemar Osmanyar.

No group, including the Taliban Islamic movement, is said to have claimed responsibility for the attack so far.