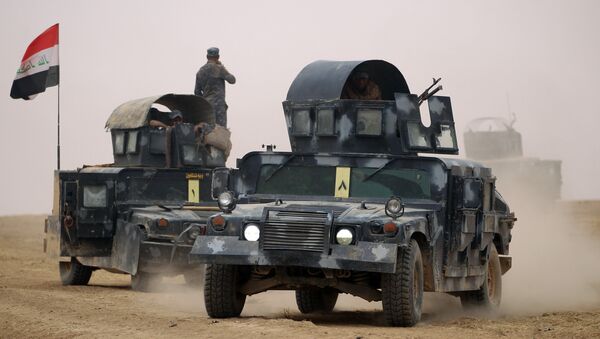 ICRC to Negotiate With Warring Parties in Mosul, Including Daesh, Access to City
MOSCOW (Sputnik) — The Daesh terrorist group executed on Thursday 22 residents of the Iraqi city of Mosul, which has become a battlefield between the Iraqi Armed Forces and jihadists, local media reported, citing sources.

"The Daesh militants electrocuted on Thursday 22 civilians in the center of Mosul on charges of collaboration with security forces and [Kurdish] Peshmerga fighters… the IS militants were holding these civilians in a Mosul prison for nearly four months," a source told Alsumaria television broadcaster.

On October 17, Iraqi Prime Minister Haider Abadi announced the start of a military operation to retake Mosul from Daesh, a terrorist group outlawed in Russia and a number of other states.

​According to local media, about 30,000 Iraqi soldiers and 4,000 Kurdish Peshmerga fighters are taking part in the operation, backed by airstrikes carried out by the US-led international coalition.

Earlier in the day, US Central Command's Gen. Joseph Votel said that estimated 800-900 Daesh militants had been killed since the beginning of the Mosul offensive.