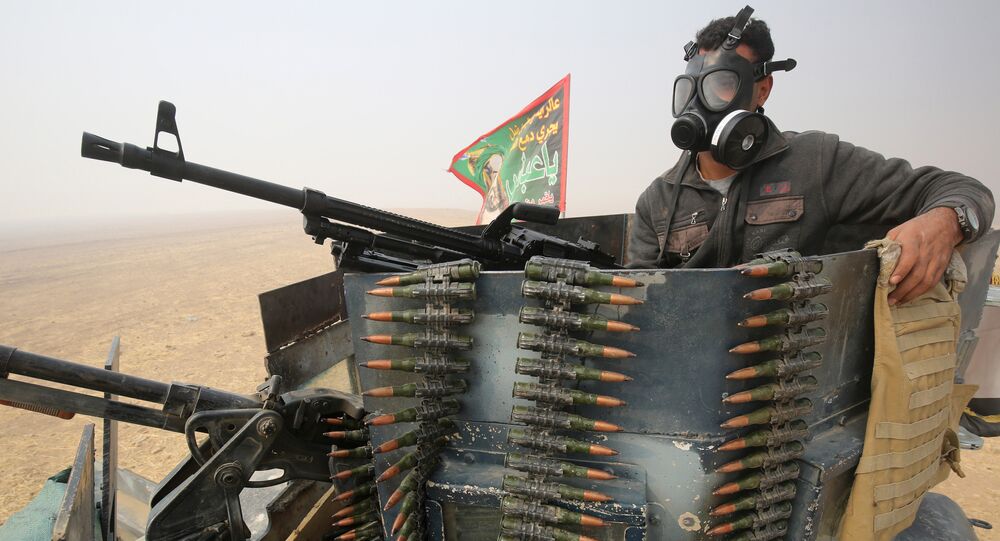 Iraqi forces lost some 60 soldiers in the operation to liberate Mosul from the Daesh, while about 250 others have been wounded, US Central Command commander Gen. Joseph Votel said on Wednesday.

WASHINGTON (Sputnik) — On October 17, Iraqi Prime Minister Haider Abadi announced the start of a military operation to recapture Mosul from the terror group with air support provided by the US-led coalition. About 30,000 Iraqi soldiers and 4,000 Kurdish Peshmerga fighters are reportedly taking part in the operation.

"What the Iraqi leadership reported this evening is that they have sustained 57 of their soldiers who have been killed, and about 250 that have been wounded in the offensive so far," Votel said in an interview with NBC News. "The Kurdish numbers are probably in about the same ratio as that one."

US-led coalition against the Daesh commander Lt. Gen. Stephen Townsend later added that the Kurdish Peshmerga forces sustained 20 to 30 killed in action and about 150 wounded.

According to media reports, an Daesh suicide bomb attack on an Iraqi convoy near Mosul on October 17 killed some 70 soldiers.

US Not Doing Enough to Prevent Civilian Deaths in Syria, Amnesty Tells Sputnik