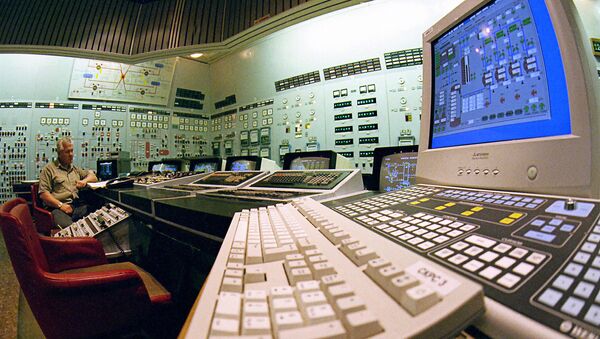 © Sputnik / Falin
/
Go to the photo bank
Subscribe
As unit two of Ukraine's largest nuclear power plant, Zaporozhye, was connected to the nation's power grid after repairs, a Russian political analyst evaluates the state of Ukraine's nuclear industry, finding that since the break-up with Russia, Ukraine, far from taking its nuclear safety seriously, has been "experimenting" with its power stations.

Rising Accident Rate in Ukraine's Nuclear Sector Worries Ex-Chernobyl Director
On Thursday, Energoatom, Ukraine's nuclear power plant operator, announced that unit 2 of the country's largest nuclear power plant (NPP) Zaporozhye was plugged back into the power grid after repairs on it were finished.

"Ukrainian nuclear experts undertook repairs to Zaporozhye NPP by themselves. They had to somehow manage using only local resources and local equipment," he told Sputnik. 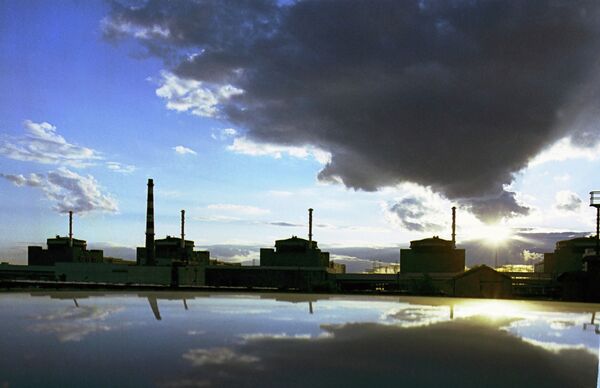 Suzdaltsev also commented on the statement of the plant's leadership that Unit 2's lifetime has been prolonged for ten more years, until February, 2026.

"I doubt that it could be extended for a decade. Yes, they might have fixed some minor damage, however what they are doing now is patching the holes rather than anything substantial," he said.

The political analyst reminded that the energy complex of nuclear power stations in Ukraine is the legacy of the Soviet Union. After the collapse of the USSR, Ukraine has not built a single unit, and is only exploiting what it inherited.

This legacy, he said, includes the personnel. Throughout all the years of its independence, Ukraine has never allocated money on a substantial reconstruction and maintenance of its nuclear power plants.

Meanwhile, Kiev might be placing its hopes on US technological support, the political analyst suggested.

Ukraine to Abandon Russian-Made Nuclear Fuel for…Russian-Sourced Nuclear Fuel
"Taking into account that the Ukrainian nuclear industry is stalling without Russian technical support, it might try to refocus its nuclear energy around the support of the American Westinghouse Electric Corporation," Suzdaltsev said.

"It is an old story: American manufactured nuclear fuel elements are being loaded into the Soviet nuclear power units," he explained.

However he added that rather than approaching this important problem seriously, they are carrying out experiments: "let's try it this way." As the result, there have already been problems, accidents and failures.

"The Americans are now spending all their time in Ukraine, as there is a huge market which has opened up for them by pushing out Russia." the political analyst said.

He said that in this way, Ukraine hopes to get technological support from the US.

"However if anything happens they will blame Russia, as it participated in the construction of the stations," the political analyst said.

Earlier in June, Energoatom unveiled that it was going to load Westinghouse nuclear fuel elements into six units of its nuclear power plants: two units of South-Ukraine NPP and four units of Zaporozhye NPP.

000000
Popular comments
Didn't Yats, sack the senior members of the Atomic Safety Board and then get his buddies in Westinghouse to take over control and maintenance. Ignoring the fact they were using different shaped rods. You would have thought after Chernobyl they would have learnt a lesson. Weren't they also trying to take out this power plant, back in 2014 and blame Russia?
anne00marie
10 October 2016, 16:15 GMT2
000000
La junte fasciste au pouvoir en "Ukraine" joue à pile ou face avec les centrales nucléaires. Plusieurs "Tchernobyl" possibles...