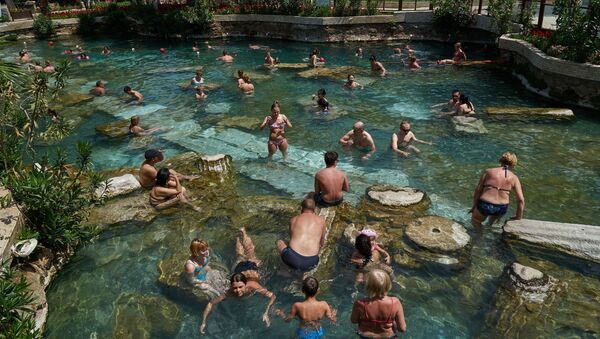 Turkish President Recep Tayyip Erdogan said that after the charter flight ban from Russia was lifted, 60,000 Russian tourists have arrived to Turkey.

Erdogan thanked Russian President Vladimir Putin ahead of the G20 summit on September 3 for restarting charter flights between the countries. The Russian government decree signed into law on August 28 went into force six days later.

"After the charter flight ban from Russia was lifted, 60,000 Russian tourists have arrived here. We have high hopes for a further increase in the tourist flow from Russia," Erdogan said at a meeting with regional administration leaders in Ankara.

Resumption of Russian Charter Flights Offers Hope to Turkish Tourism Industry
Turkey and Russia ended seven months of tension in late June when Turkish President Recep Tayyip Erdogan wrote a letter to Russian President Vladimir Putin in which he apologized for the downing of the Su-24 attack aircraft over Syria and extended his condolences to the family of the pilot killed in the incident.

Turkey's tourism sector also suffered a considerable decline fall in the number of European tourists after the country was hit by a series of deadly terrorist attacks, including in its capital Ankara and the largest city of Istanbul.