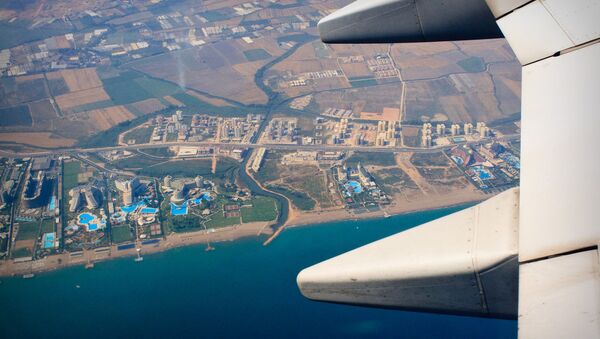 "We believe that if we resolve all problems with Russia and there are no more obstacles for travel, Antalya will then be able to take in twice as many tourists as in 2014…We are ready to take seven million. We have the infrastructure potential and the appropriate airport size," Karaloglu told reporters.

The provincial governor expressed hope in the Turkish government extending its program to subsidy tourist air travel to the southern Turkish resort area.

In April, the Turkish government extended its $6,000 per plane jet fuel subsidy until September. The subsidy is provided to flights to certain airports in the country.

Turkey and Russia ended seven months of tension in late June when Turkish President Recep Tayyip Erdogan wrote a letter to Russian President Vladimir Putin in which he apologized for the downing of the Russian Su-24 attack aircraft over Syria and extended his condolences to the family of the pilot killed in the incident.

On June 30, Putin signed a decree instructing the government to take steps aimed at lifting restrictions on tourist travel to Turkey as well as on charter flights between Russia and Turkey.

Turkey's tourism sector also suffered a considerable decline fall in the number of European tourists after the country was hit by a series of deadly terrorist attacks, including in its capital Ankara and the largest city of Istanbul.