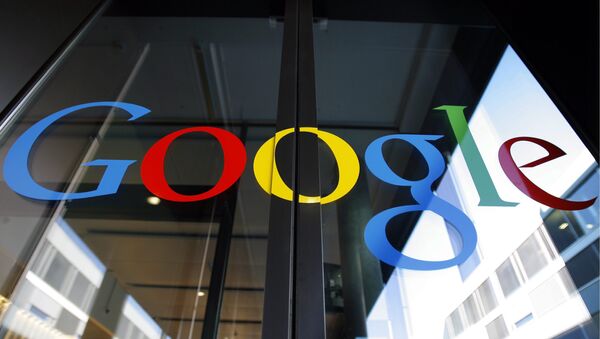 Google recently released a new messaging application called Allo that it calls “revolutionary,” but whistleblower Edward Snowden warns that the app could be used for government surveillance.

Radio Sputnik's Loud & Clear spoke with Professor Bryan Ford, leader of the Decentralized/Distributed Systems lab at the Swiss Federal Institute of Technology in Lausanne, about the app and its potential impact on personal privacy.

​Ford explained that Allo may not necessarily be "revolutionary," so much as it uses existing technology in a new way.

"The idea is they’re taking natural language processing and voice recognition technology and essentially integrating it into the chat application, so that when you’re talking with your friends you have a virtual personal assistant on the line that will help you find answers to questions or help you form responses or things like that," Ford said.

On the day of the app’s release, Snowden tweeted, "Free for download today: Google Mail, Google Maps and Google Surveillance. That’s #Allo. Don’t Use Allo.” and “What is #Allo? A Google app that records every message you ever send and makes it available to police upon request."

Ford believes that Snowden’s advice is justified, suggesting that, "What Google is doing is integrating [voice recognition technology] in the middle of your private conversations. In that sense I think what Snowden and others are expressing are real and important concerns. Because anything you say or talk about in that context, there’s always going to be the third party on the line, Google’s cloud. And everything you say is going to recorded and processed, and we don’t know how it’s processed, where it’s stored or who can access it."

Loud & Clear host Brian Becker pointed out Google’s involvement with Washington and the campaign of Democratic presidential nominee Hillary Clinton, noting countless visits to the White House by Google executives and a revolving door of people employed between Google and the White House.

"It’s a very important and profound risk for a company like Google to take," Ford said. "The fact that any company has this much systematic access to data and also that level of connectivity to government and just the inherent risk that that creates, and the potential attractiveness of the power Google wields to unscrupulous elements in government."

Snowden also noted that FISA court — another name for Foreign Intelligence Surveillance Court or FISC — did not reject a single surveillance request in 2015.

Ford stated that FISA court, "represents a huge transparency failure in the way the government currently approaches surveillance, and the very fact that basically no FISA request ever gets rejected is a pretty clear indication that…there’s nobody there representing the people whose data is being pulled."

He added that the secretive court, "does not, in any sense, stand up to what a court is supposed to be…it’s basically a kangaroo court, a rubber stamp."