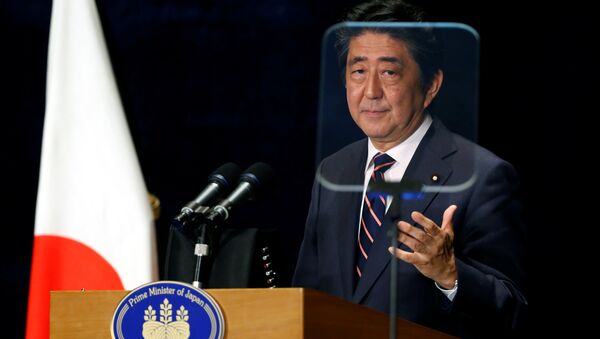 The leader of Japan, which did not have diplomatic relations, asked his Cuban counterpart to use Cuba's ties with North Korea to respond to the issue, the broadcaster added.

According to the media outlet, Abe and Castro discussed Chinese maritime activities, as well as promotion of Japanese investment in the Caribbean country.

​During the visit, Abe met former Cuban President Fidel Castro, who transferred his presidential duties to his brother Raul in 2008.

Abe's visit came amid a thaw of relations between Cuba and a number of other countries, including the United States and the EU member states.

North Korea has been under pressure from the international community since its January nuclear test and a long-range rocket launch in February, which resulted in tightening sanctions against Pyongyang in the new UN Security Council resolution in March.