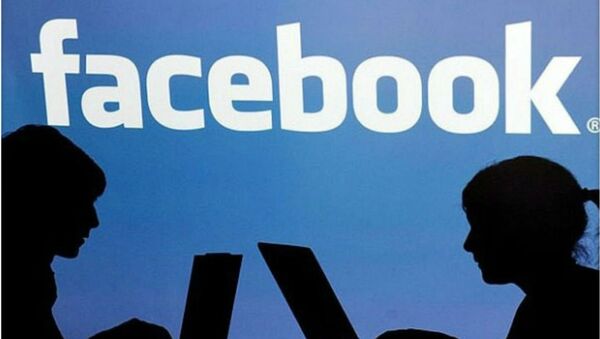 © Flickr / Master OSM 2011
Subscribe
Fed up of all those posts on Facebook from your friends showing off their kids? How interested are you that it's their first day of school, or that they've just won fourth place in some local sailing competition, or that they've just emerged from their breakfast with porridge all around their face?

​The answer, if you're honest, is not much is it. So imagine what it's like for the kids who never wanted to be on Facebook in the first place?

​In Austria, an 18-year-old woman is reportedly suing her parents for posting around 500 pictures of her on Facebook without her permission.

'They Knew No Shame'

The teenager revealed that when she turned 11, her parents posted pictures of her growing up as a child, however she only discovered the images three years later when she joined the social network herself.

"They knew no shame or limits", the teenager, who can't be named, told Austria's Die ganze Woche magazine.

"Whether I was sitting on the potty or naked in my crib, my every step was recorded photographically and, afterwards, made public."

Careful posting pics of your kids on the potty… because they can sue you https://t.co/iNFnzVSbov pic.twitter.com/FqjiBHuRHc

​The teenager told the magazine that the pictures could be seen by at least 700 Facebook users who had links to her parent's account. When she asked them to delete the pictures, they refused, prompting her to take the case to court and sue her parents for breaching her privacy and data protection rights.

Defending his actions, her father told the magazine that he didn't see the need to remove the images from Facebook.

"I see it as my right to publish these pictures. After all it's our children and, for my wife and myself, it's a nice family album that goes down well with our Facebook friends," her father told Die ganze Woche.

For all of those friends of yours who post boring pictures of their children on Facebook showing them on a potty or with porridge all around their mouth, just think, their digital offspring might be more offended than you and end up taking them to court.

​France and Germany have already implemented laws to regulate pictures of children posted on social networks. In France, a parent could be fined up to US$50,000 for putting images of their offspring without their permission.

In Germany, you can sue your parents from the age of 14 for privacy intrusion relating to images on social media.

As for the parent, the photographs may look cute at that particular moment, but moments can last a life-time on digital media and children might not want to see them  - and most of your friends aren't interested anyway.