Straw-Powell Emails Prove War Criminals Get Away With Anything - Galloway 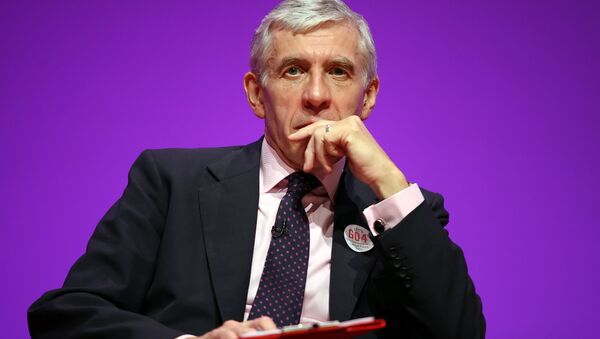 Mr. Straw had sent out numerous emails to former Secretary of State Colin Powell on how the Brexit vote had taken the shine away from the Chilcot report.

Several emails were exchanged between the pair from July 4 and August 3, in which Powell replies to Straw's email stating that the Chilcot report had not reached the US media. 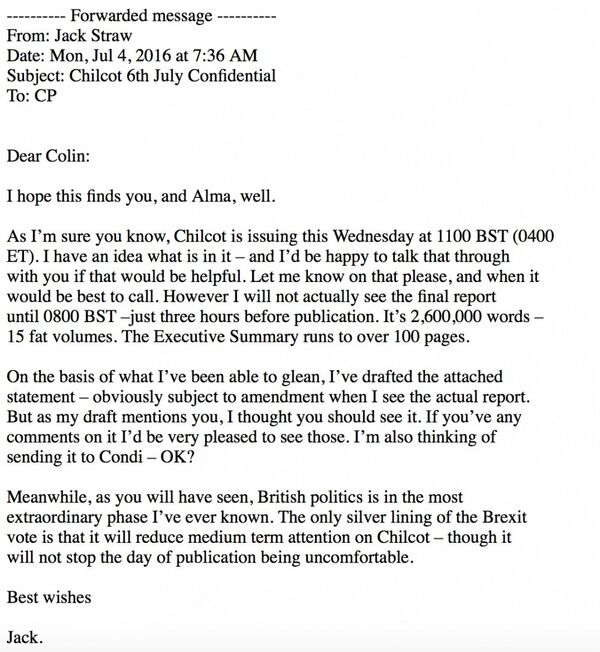 Mr. Straw responds by saying that Brexit had taken the limelight away from the report and it was "unpleasant on the day but almost all the focus was on Tony [Blair]." Later in the email, Straw tells Powell that despite the unpleasantness of the publication, that spans 2,600,000 words, he was glad the report, that documents the deaths of 4,665 soldiers and over 120,000 Iraqi civilians, had faded from the news. 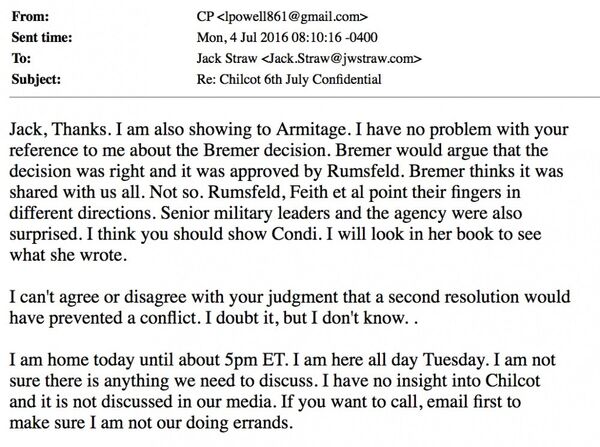 Mr. Galloway said that the emails only went on to show how politicians would collaborate with one another in order to avoid punishment from war crimes they had committed.

"He [Straw] certainly was full of confidence that Brexit would provide a useful diversion for the people from the devastating Chilcot report and he was quite confident that he would get off 'scot-free' and so far, he has," Mr. Galloway told Sputnik.

Mr. Galloway went on to say that the emails exchanged between Straw and Powell showed that those who had committed this great crime are not at all ashamed of it, they are only insistent that they get away with it.

"[This] is being repeated all over, with the Libya imbroglio in the wake of the foreign affairs committee report […] but also it shows the craven attitude of British ministers, in this case, to a former US minister," Mr. Galloway told Sputnik.

Galloway went onto say that on both levels the email leak is very revealing and whoever leaked them had done the world a service.

"It shows that the war criminals have not gone away, that they are still in touch with each other, [are] in league with each another. A freemasonry of war criminals still exists and they are determined to get away with their crimes and collaborate with each other in order that none of them should suffer the combined punishment which should be meted out to them," Mr. Galloway added.