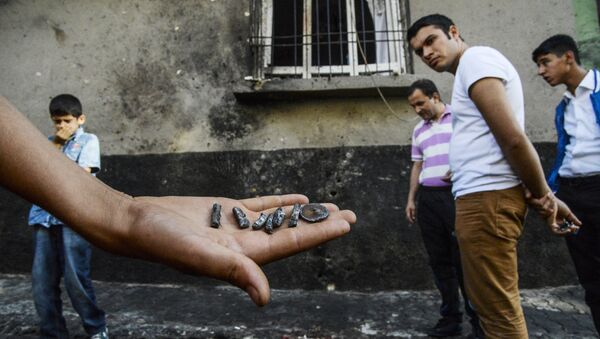 The German embassy and other consular offices in Turkey have been put on lockdown as the German Foreign Ministry received information of possible terror attacks in the country, a local newspaper reported on Wednesday citing its sources.

Turkey Formally Requests US to Arrest Gulen Accused of Masterminding Failed Coup
BERLIN (Sputnik) — According to Suddeutsche Zeitung, the consular offices will not resume the work till the end of the week. The media outlet added that the consular office in Istanbul cited the Muslim Eid al-Adha holiday, celebrated on September 12-15, as the official reason for the closure.

The source said that the information about terror acts is being checked, while it is still unclear who might be standing behind the terror threats.

In March, the German embassy in Ankara and consulate general in Istanbul were shut down as German Foreign Minister Frank-Walter Steinmeier said there were "concrete signals" about attacks plotted by Islamic State terror group, banned in Russia and numerous countries.