US Intelligence Lacks Experts Unsure How to Reach ‘Equilibrium’ With Russia 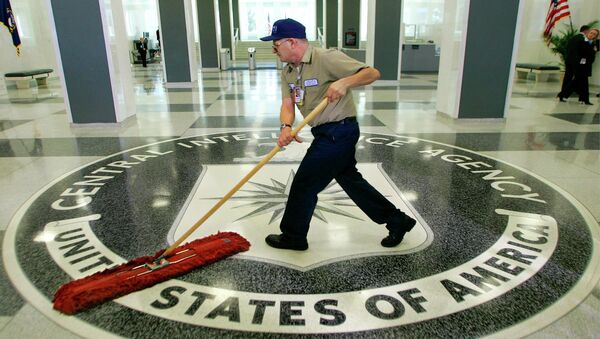 © AP Photo / J. Scott Applewhite, File
Subscribe
According to US Undersecretary of Defense for Intelligence Marcel Lettre, the US intelligence faces numerous problems, significant expert understaffing to lack of understanding of how to deal with Russia.

Manipulated Intel Lets US Presidents Escape Blame for Starting Wars
WASHINGTON (Sputnik) — Strategic problems with Russia are one of the two most worrying challenges in the world for US military planners along with cyberspace, Undersecretary of Defense for Intelligence Marcel Lettre said in a speech on Tuesday.

"Cyberspace and the relationship that Russia has with the rest of the world: These are areas where we have had equilibriums in the past, but that equilibrium eludes us right now," Lettre told a public meeting at the Atlantic Council.

Lettre admitted that US policymakers were now unsure whether the traditional forms of deterrence that the United States and its NATO allies use would continue to deter Russia.

"What are the norms of deterrence?… These are areas in flux… These are important strategic questions to get right for US strategic security," he said.

Lettre also noted that the United States and its allies faced the challenge of "hybrid warfare," together with challenges to the credibility of the US government and allied accounts as well as official narratives on international affairs from other states, including Russia.

He also said that US intelligence services are still suffering significant problems in recruiting enough experts with detailed knowledge of and language capabilities for key parts of the world.

"[There is] a real deficit in the deep regional expertize and language skills on hand," letter told an open meeting at the Atlantic Council. "On linguistic capabilities… we always seem to be deficient."

Lettre also warned that US technical advantages in war and intelligence were fragile and could be eroded in the coming years.

"We have valued tremendously our geospatial and signals intelligence collection those have been very valuable… However we are at risk of those capabilities degrading over time," he stated.

Lettre, however, added that cooperation between the 17 main US intelligence agencies and the Federal Bureau of Investigation (FBI) had greatly improved in the 15 years since the September 11, 2001 terrorist attacks. He noted the agencies were now working seamlessly together.

000000
Popular comments
Rotten education system + lack of Russian defectors = problem for the US.