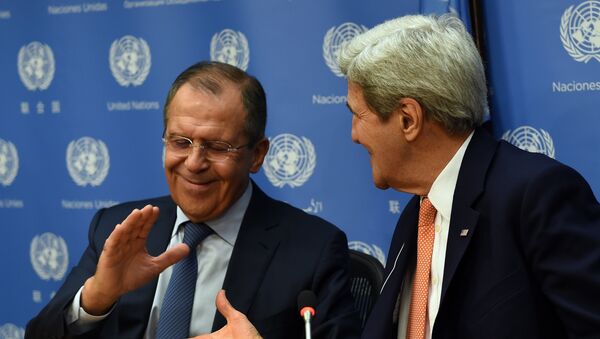 US to Work With UNSC to Respond to North Korea's Nuclear Test - Kerry
GENEVA (Sputnik) – Journalists waiting for a press conference of Russian Foreign Minister Sergei Lavrov and US Secretary of State John Kerry that will come after their record-long talks on Syria, received pizza and vodka, a RIA Novosti correspondent reports.

Lavrov and Kerry have set a record on the duration of Syria talks, their meeting in Geneva has been going on for over 14 hours.