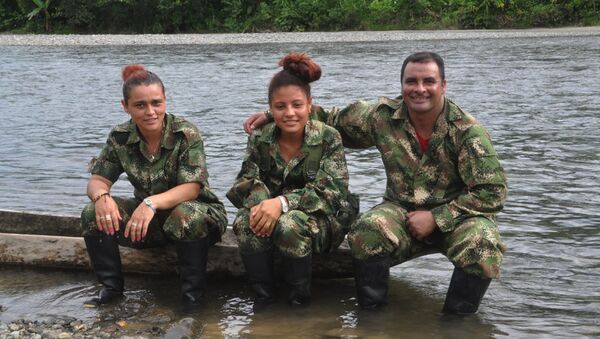 FARC insurgents and the Colombian government have signed a ceasefire deal which ends 52 years of fighting, but the agreement is a cause for trepidation in Colombia, Ukrainian journalist Oleg Yasinsky told Sputnik Mundo.

Sexual Revolution: Sputnik Exclusive on FARC’s Female Fighters
Last month Ukrainian journalist Oleg Yasinsky, accompanied by two Russian documentary filmmakers, made his way to a base of the Revolutionary Armed Forces of Colombia (FARC), in order to make a film about the group.

In an exclusive interview, he told Sputnik Mundo that after the treacherous journey to the camp, he was surprised by the reality of the FARC community.

"Exactly a week before our meeting with the guerillas, in one of the deepest corners of the Colombian hinterland, we received information from Havana about the date, time and place where the guerillas would meet us," Yasinsky explained. 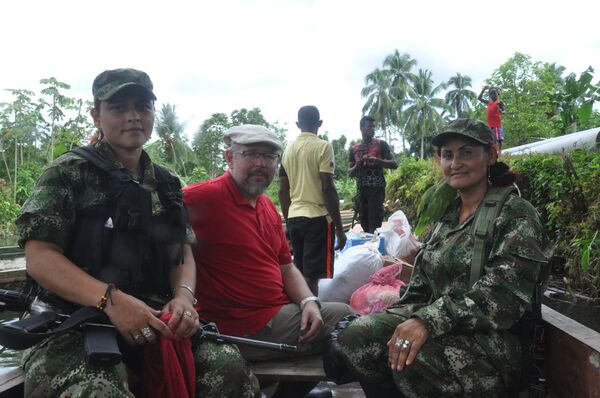 "There was no performance, it was life as usual at the camp. We were the first foreign journalists the guerillas had seen. Certainly, we were as exotic to them, as they were to us." 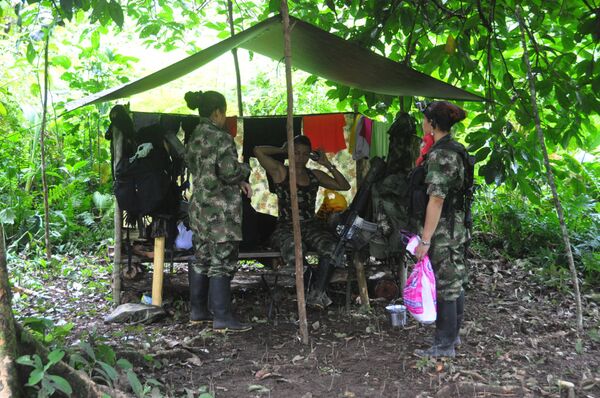 FARC fighters
© Photo : Oleg Yasinsky
Life at the FARC base involved patrols of the surrounding mountains, politics, cooking food and meeting with the civilian population.

In the absence of local government authority, the FARC nurture close relations with the local community. They help local peasants to build infrastructure and FARC doctors provide regular medical consultations. In return, the local people supply the FARC with food and information.

The journalists' visit coincided with the Rio Olympics, and the FARC fighters were also keen to watch television and support Colombian sportspeople in competition.

"They really were a family, where the norm of relationships was mutual love and respect … the Colombian press regularly calls these people drug traffickers, robbers and murderers, but we saw something completely different." 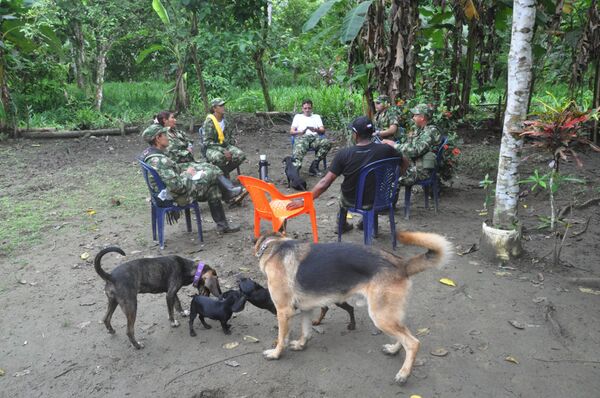 FARC fighters
© Photo : Oleg Yasinsky
Yasinskiy said he left the camp with fond memories of the community he encountered.

"On our final evening, our hospitable hosts held a celebration and invited the residents of nearby villages. They turned an animal pen into a disco," he recollected.

The camp life that Yasinsky saw reflects the FARC's revolutionary ideals, which are based on Marxist-Leninist principles and include equal rights and responsibilities for men and women: 40 percent of the FARC fighters are female. 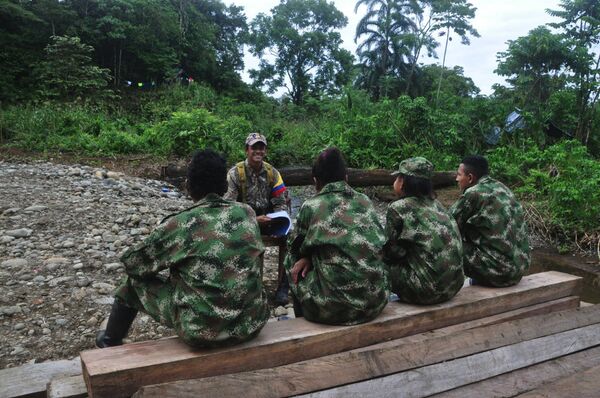 FARC fighters
© Photo : Oleg Yasinsky
He fears that following the ceasefire agreement, the fighters will find it hard to adapt to civilian life in Colombia.

"Most likely, their adaptation (to normal life) will lead to a lot of personal tragedies and disappointments. Not to mention the threat of massacre by paramilitary organizations after they (the guerillas) disarm … as has often been the case in the history of Colombia," Yasinsky said. 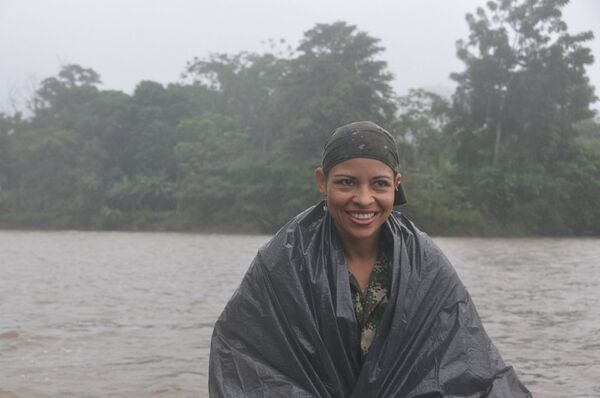 FARC fighter
© Photo : Oleg Yasinsky
One of the world’s oldest Marxist insurgencies, the FARC was formed in 1964 when it launched a war to overthrow the government of Colombia and install a revolutionary regime. Since fighting began, over 220,000 people have been killed, and another 5 million forced to abandon their homes.

Initially composed of militant communists and peasant self-defense groups, it was established in the wake of Colombia's civil war (1948-1958), and along with the National Liberation Army (ELN), another smaller insurgent group, was excluded from a power-sharing agreement that ended the violence. 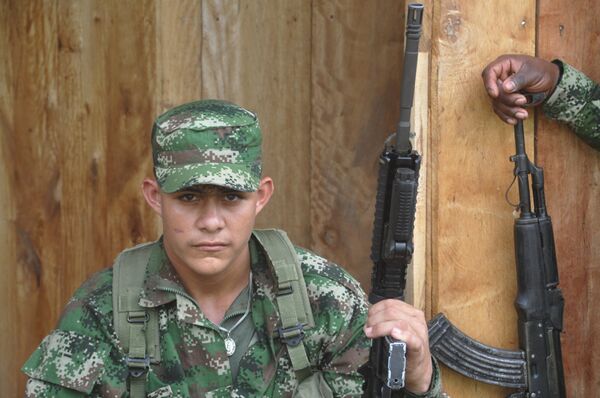 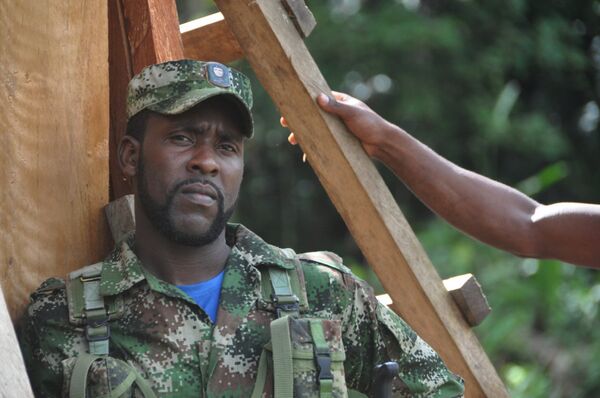 In its early days, the FARC received weapons, training, and financial assistance from Cuba, but the drug trafficking boom which began in the 1970s later financed the organization's rapid expansion. It is estimated that the FARC now makes five times more profit from gold mining than from cocaine trafficking.

In the 2000s the group's membership numbered more than 16,000, but that has now dwindled to around 8,000. Yasinsky blames the organization's later leadership for the group's diminished force. 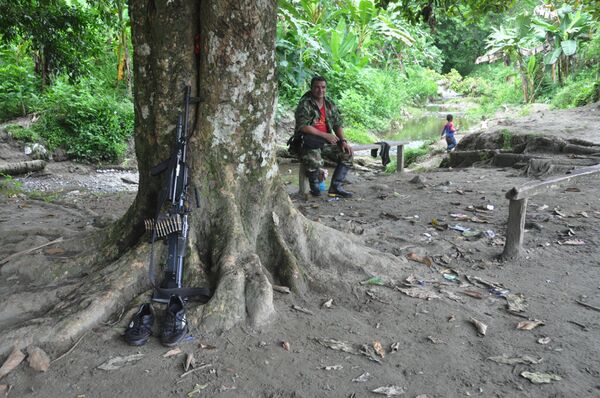 FARC fighter
© Photo : Oleg Yasinsky
"The military and political leadership of the FARC allowed huge mistakes in recent decades in the methods of struggle. In my opinion, the current political project of this organization is dogmatic and obsolete, their views have not changed since the 1960s."

On August 29 the FARC agreed a ceasefire deal with the Colombian government, which is due to be ratified on September 26 in the Colombian city of Cartagena.

The journalist warned that by giving up arms, the FARC may leave a power vacuum which becomes filled by other militia groups. FARC fighters have also warned that if the government does not keep its promises, they are ready to take up arms again. 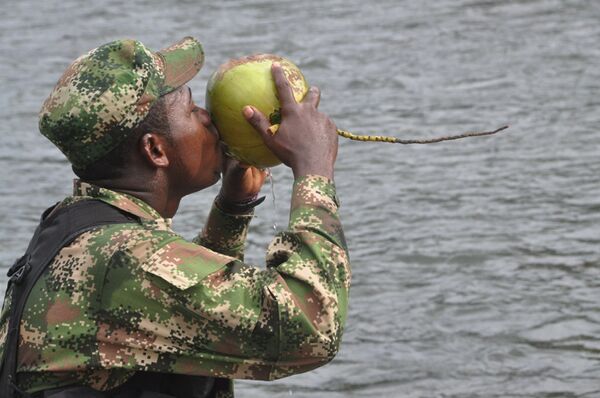 "It's unlikely that the government can secure their presence over almost half the country, where it has never been (an authority) before."

Yasinksy had already left the camp, and was 150 km away when the ceasefire deal was announced. The journalist said it was met with a muted reception in Colombia's cities.

"It seems that no-one in any of Colombia's cities went onto the street to celebrate the news." 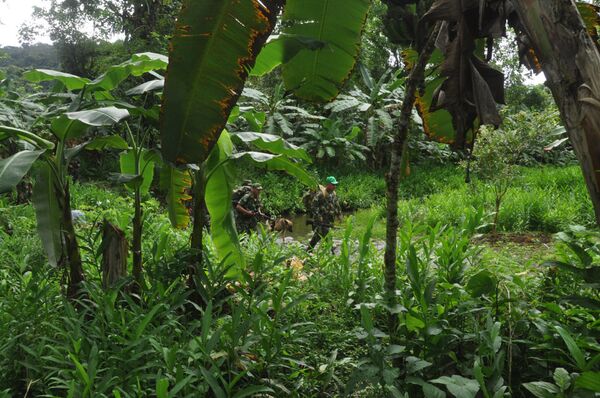 He said that the Colombian government has made promises to the fighters as a result of political pressure from the US, whose corporations are keen to exploit Colombia's rich natural resources.

One of World's Longest-Running Wars to End With Colombia-FARC Peace Deal
However, the FARC has traditionally opposed US economic activity in Colombia, being ideologically opposed to American imperialism and financial capital monopolies.

"You need to search for the origins of this ceasefire agreement not in the humanism and pacifism of the Colombian government, but in the demands of Washington to liberate from the guerillas remote areas of mountains and jungle which are rich in natural resources, mineral deposits and water, to provide access to multinational companies," he said.