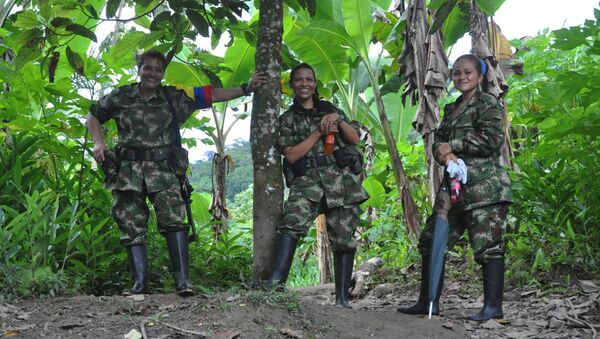 © Photo : Oleg Yasinsky
Subscribe
Ukrainian journalist Oleg Yasinsky visited a camp of the Revolutionary Armed Forces of Colombia, and was struck by the society formed inside the ranks of the guerilla group.

Half-Century Civil War in Colombia Ends: What’s Next?
After four years of negotiation, on August 29 the Revolutionary Armed Forces of Colombia (FARC) agreed on a ceasefire with the Colombian government, ending a guerrilla war that began over 50 years ago.

Two days before the announcement, Ukrainian journalist Oleg Yasinsky, accompanied by two Russian documentary filmmakers, visited a FARC base in Colombia where he spoke with the fighters.

Despite the perception of Colombia as a conservative country with relatively strict gender roles, Yasinsky was struck by the large number of women represented among the troops, and shared his experiences with Sputnik Mundo in an exclusive interview. 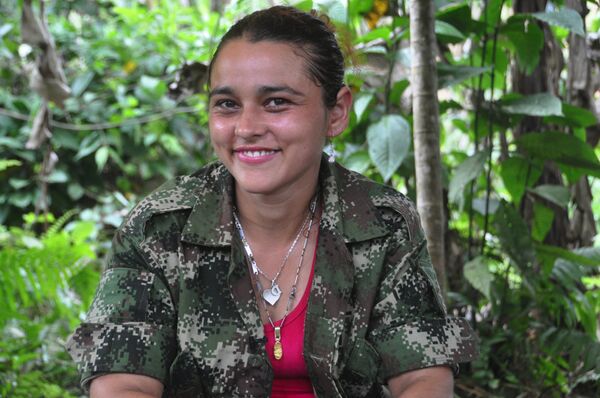 Cristina has served in FARC for more than seven years, and has taken part in several military battles with the Colombian army
© Photo : Oleg Yasinsky
"Women comprise around 40 percent of the guerilla army," Yasinsky explained.

"Of course, it would be naïve to say that sexism has completely disappeared from FARC ranks. However, there is a lot less among the guerillas, than in the rural areas of Colombia," Yasinsky said. 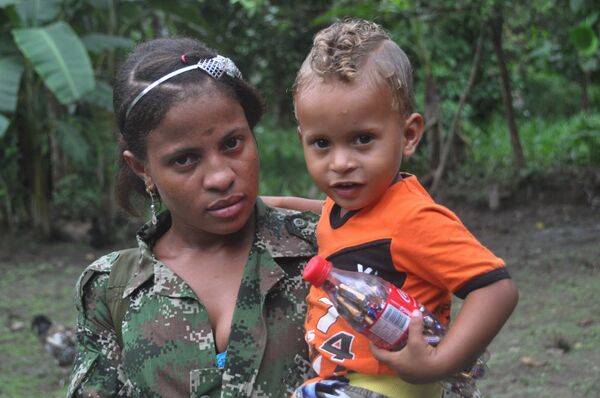 The father of Milena's child Adrian died in battle, and never got to see his child
© Photo : Oleg Yasinsky
The reporter said that in the FARC there in freedom in relations between men and women, and every fighter has the right to choose whether to live together with their partner, or separately.

"The revolutionary morals held by the guerillas encourage romantic relationships, and do not welcome sexual promiscuity and hedonism," Yasinsky said. 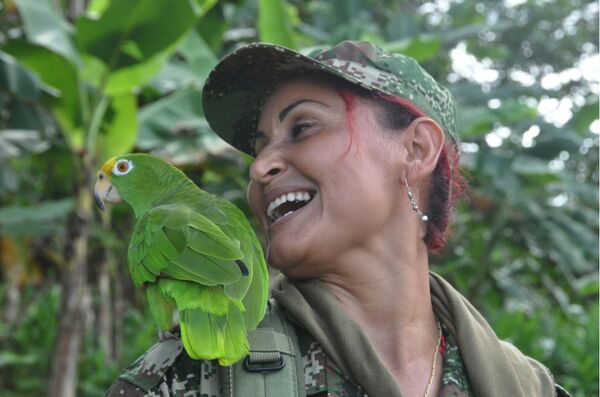 Patricia is a commander and has been fighting for 20 years. Her 11-year-old son lives with her sister and mother in the city of Medellín.
© Photo : Oleg Yasinsky
He explained that FARC provided an option for women and girls seeking to escape from sexual exploitation and prostitution. In Colombia the industry is under the control of drug traffickers, and human rights groups allege that some senior officers in the Colombian military are also involved.

"Mass participation in the guerilla movement is at once a response and alternative to reality," he said. 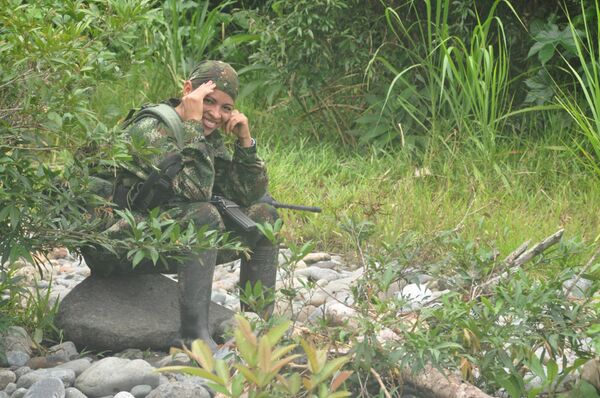 Olga, a FARC guerilla fighter
© Photo : Oleg Yasinsky
The journalist said that he met some children at the FARC camp, who are set to leave the organization as a result of the ceasefire recently agreed in Havana. The children will be handed over to representatives of the Red Cross and United Nations, but Yasinsky saw evidence in support of the FARC leadership, who argue that the group does not recruit children. 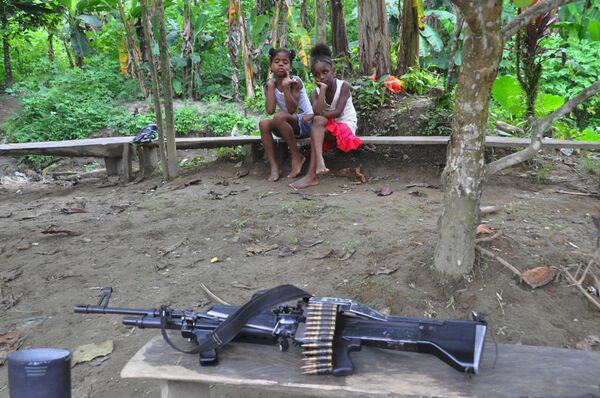 FARC guerillas visit a neighboring village
© Photo : Oleg Yasinsky
"The teenagers came to the guerilla group voluntarily. Of course, their motivation was not ideological, they were interested in the possibility for education and receiving three meals a day," Yasinsky said. 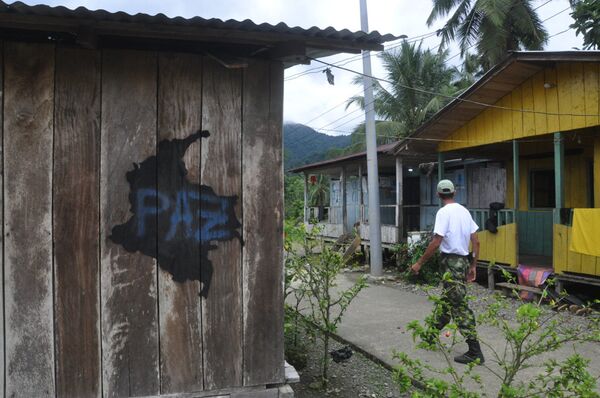 Paz means peace in Spanish
© Photo : Oleg Yasinsky
"We were there when the commander gathered the children and told them they had to leave as a result of the Havana obligations, they took it with bitterness and resentment. He had to spend a long time explaining that nobody is kicking them out, that they will maintain contact and friendship, that soon all guerillas will become civilians. He said that a revolutionary organization must be honest and comply with its obligations," Yasinsky said.

The ceasefire agreement between the FARC and the Colombian government agreed in Havana is set to be ratified on September 26 in the Colombian city of Cartagena. It will end 52 years of war during which an estimated 260,000 people were killed and millions internally displaced.

The FARC was established in 1964 in the wake of Colombia's civil war (1948-1958), and along with the National Liberation Army (ELN), another smaller insurgent group, was excluded from a power-sharing agreement that ended the violence.

The Colombian Peace Process and What World Leaders Can Learn From It
The insurgent group follows a Marxist-Leninist ideology, and was initially composed of militant communists and peasant self-defense groups. The FARC opposes US activity and influence in Colombia, as a result of its opposition to American imperialism and financial capital monopolies.

"Never again will parents be burying their sons and daughters killed in the war,'' FARC leader Timochenko told journalists when he announced the ceasefire in Havana last month.

"All rivalries and grudges will remain in the past," he said, while Colombian President Juan Manuel Santos also announced that his military will cease its attacks on the FARC.