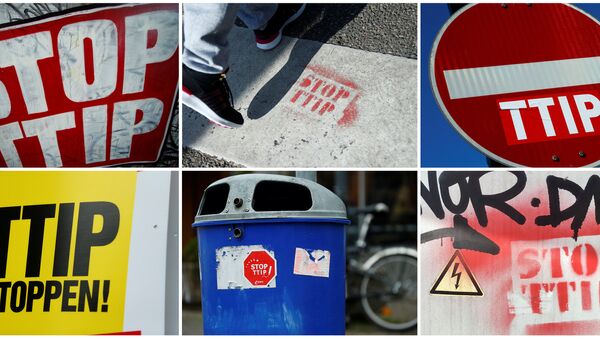 The nations of Europe and the United States must change the public perception of free trade deals amid growing discontent for the Transatlantic Trade and Investment Partnership (TTIP), former US Deputy Assistant Secretary for European Affairs Heather Conley told Sputnik.

WASHINGTON (Sputnik), Leandra Bernstein — Earlier on Tuesday, French President Francois Hollande and German Economic Affairs Minister Sigmar Gabriel suggested that TTIP negotiations could not be concluded by the end of the year, casting doubt on the future of the US-EU trade deal.

"Both the European leaders and American leaders are going to have to have a new conversation about free trade, because right now these democracies don't support it, the people are against it. So we have to reframe it," Conley said on Tuesday.

European opponents of the TTIP have taken issue with the lack of transparency in the negotiations, and possible weakening of environmental, financial and privacy regulations.

In the United States, similar concern persist over transparency as well as growing public skepticism over multilateral trade deals generally.

"This is a backlash against the trends of globalization where people don’t feel they have adequate say and control and protection of their national companies," Conley noted, explaining the transatlantic trade skepticism.

Conley, the director of the Center for Strategic and International Studies’ Europe program, noted that the TTIP agreement could still move forward despite its current unpopularity, but US and European officials "have to listen to that backlash and address it."

The rejection of free trade agreements has become a major issue in the 2016 US presidential race, with three of the four leading presidential candidates campaigning against new trade deals.

US and European officials and business leaders have been negotiating TTIP since 2013. The details of the agreement remain secret, except for minor details that have been leaked to the public. 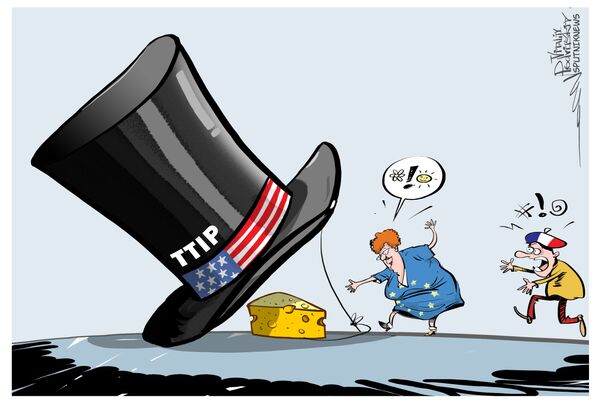