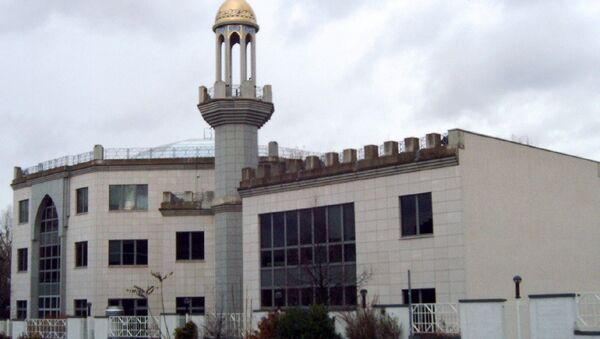 The Kingdom of Saudi Arabia has stopped the construction of several religious and education institutions in Germany, Tagesspiegel reported on Sunday.

The Hypocrisy of the West's Alliance With Saudi Arabia
Saudi Arabia is to close the controversial King Fahd Academy in Bonn, a source in the Saudi Embassy told German newspaper Tagesspiegel on Sunday.

In addition, construction has stopped on a planned school for 400 children in Berlin which was to carry the same name.

The Saudi government has also stopped the building of a new mosque in Berlin.

The King Fahd Academy in Bonn, which has an attached mosque, is a school for 170 children that opened in 1996. Following the September 11 2001 terrorist attacks in the US, the school was accused of having links with al-Qaeda and recruiting Islamic fundamentalists.

In 2003 the local government in Cologne threatened to withdraw accreditation from the institution, accusing it of inculcating "fundamentalism Islam inside and outside the school." The government cited educational material used at the school which urged students to fight "Holy War," and glorified "the fight against infidels."

Inner Peace: Berlin's House of One Aims to Unite Christians, Muslims & Jews
The objections to the school led to sustained criticism of the plans to build another, bigger school in Berlin. The Berlin project was given planning permission in 2008, on the condition that no accompanying mosque be built.

According to Saudi diplomats, Riyadh made the decision to close the school in Bonn and stop the construction of the second in Berlin as part of its recently-adopted plan for economic and social reform in the kingdom, called "Vision 2030."

According to Tagesspiegel, the decision to close it was taken by Saudi Crown Prince Mohammad Bin Salman Al Saud, second deputy prime minister and defense minister in the kingdom. Sources in the Embassy told  the newspaper that the prince sees the education of Saudi youth as a cornerstone of the Vision 2030 reform plan.

"Because Germany has 'one of the best education systems in the world,' and Saudi Arabia can learn from this, the government in Riyadh sees no need for a Saudi school in Germany," the newspaper relayed the diplomat's explanation.

However, Fokus.de reported another factor in the school closure. According to sources in the local education authority for Nordrhein-Westfalen, the King Fahd Academy in Bonn had applied for state accredition to become an international private school in early 2016, but the application was rejected.