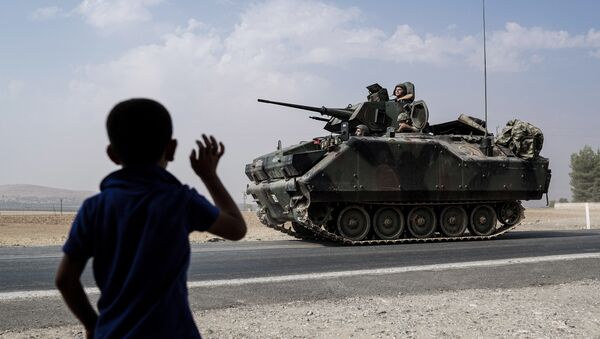 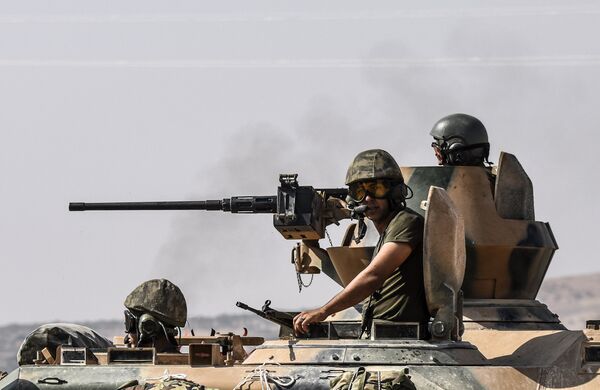 Turkish soldiers sit on a tank driving to Syria from the Turkish Syrian border city of Karkamis in the southern region of Gaziantep, on August 27, 2016
© AFP 2022 / BULENT KILIC 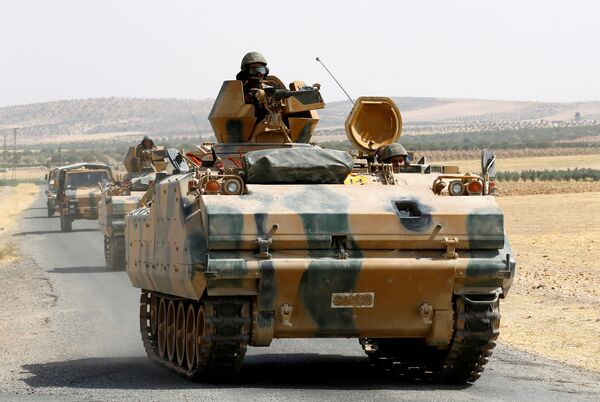 Turkey Intensifies Airstrikes on US-Backed Kurdish Forces Along Syrian Border
The outlet notes that it is the first visit to Ankara of any top Western leader since the coup attempt.