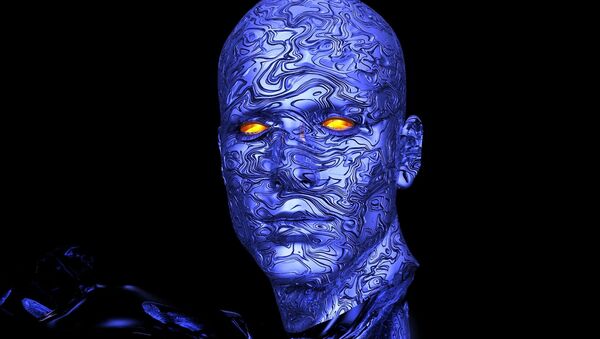 © Photo : Pixabay
Subscribe
A high-ranking military official said on Thursday that enemies of the US may be building “Terminator”-like systems that could carry out deadly missions autonomously.

Paul Selva, and Air Force General and vice chair of the Joint Chiefs of Staff, declared that the US needs to do “something” to prevent the development of such a weapon, though he acknowledged that doing so could violate international law.

When asked about this technology at the Center for Strategic and International Studies in Washington DC, Selva told the audience, "I don’t think it’s impossible that somebody will try to build a completely autonomous system, and I’m not talking about something like a cruise missile…or a mine that requires a human to target it and release it and it goes and finds its target…I’m talking about a wholly robotic system that decides whether or not, at the point of decision, it’s going to do lethal ops."

Selva has called for a discussion regarding the implications of self-determining lethal military systems, a form of weaponry that he terms the "Terminator conundrum," in reference to popular action films starring Arnold Schwarzenegger as a robot. Selva said that technologists have indicated to the Pentagon that this technology could become a reality in 10 years.

"This is about an entirely robotic system, completely autonomous, [that is] not dependent on the human decision," he said. "We’re told by the technologists that we’re a decade or so away from that capability."

The general suggested the US should consider enacting new international law as a means of stopping non-state or state forces from carrying out lethal operations using autonomous systems. He warned, however, that regulations barring such weapons would likely be violated, particularly since international prohibitions on chemical and biological weapons have already been violated by forces in Northern Africa and the Middle East.

Selva explained, "I think we do need to examine the bodies of law and convention that might constrain anyone in the world from building that kind of system. But, I’m wholly conscious of the fact that, even if we do that, there will be violators…In spite of the fact that we say we won’t kill women and children, we know there are entities in this world, state and non-state, that don’t care."

He said, "Until we understand what we want the limits to be, we won’t have a baseline from which to determine if someone is moving on the path of violating the convention that could create something like a ‘Terminator’ that has incredible amounts of complexity and no conscience."

Help Needed: US Air Force at Smallest Level Since WWII

He also said that nations like China and Russia have come "pretty close" to  matching the military capability of the US, creating new challenges for America to devise ways to counter their efforts.

Selva acknowledged that, for a global military and security apparatus focused on fear and terror at the expense of normality, "That’s the environment we find ourselves in: Great power competition with powers who are not necessarily our equal but are pretty close, but have picked asymmetric approaches strategically and operationally that seriously challenge us, and so we have to think differently about this problem."