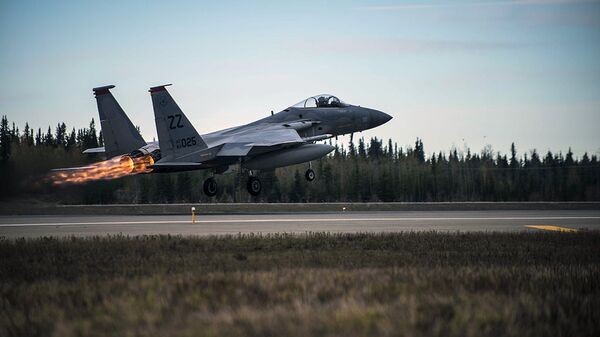 “The US Air Force and the Bulgarian Air Force will jointly conduct air policing to protect Bulgarian airspace starting on 9 September 2016,” the release stated. “Two US F-15 fighter jets will join Bulgaria’s MIG-29s for a week on this mission.”

As NATO Crawls Further, Sweden Stands Firm on Non-Alignment Principle
The release noted that NATO is launching the new measures for the first time, in response to a request by Bulgarian authorities.

NATO Deputy Secretary General Alexander Vershbow explained that the mission is a demonstration of solidarity and support for Bulgaria.

Joint policing measures are intended to ensure protection for NATO allies who do not have sufficient air defense assets in their own militaries, according to the release.