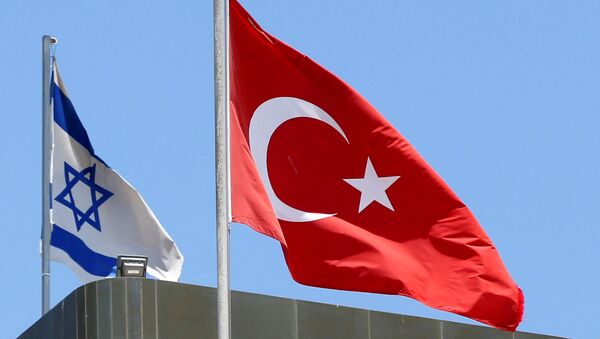 Turkish Society Prepped for Normalization of Ties with Israel in Advance
Gareth Jenkins, an Istanbul-based Nonresident Senior Fellow with the Silk Road Studies Program at John Hopkins University, told Radio Sputnik that while economic relations between the countries had not been affected by the rift, the deal is politically significant.

Turkey 'Wants Assistance From Israel' That it Did Not Receive From US
Jenkins said that Turkey's recent willingness to reach agreements with regional powers is a result of Ankara's recent isolation in the region. However, he remarked that while partners such as Israel and Russia can see the benefit in reaching a deal with Ankara, there is still mistrust in their relations.